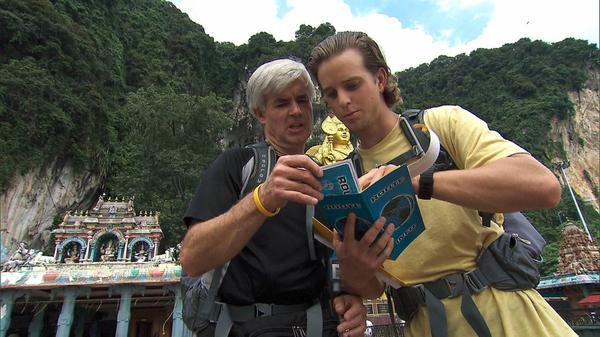 LDS Father-son Team Staying Ahead on 'The Amazing Race'

Thanks to their fishing and sewing skills, the Salt Lake father-son team of Dave and Connor O'Leary took first — for their second time this season — in the fifth leg of “The Amazing Race: All Stars” during Sunday’s episode.

It was also another milestone for Dave and Connor O’Leary.

This season, all of the teams are of returning players. When the O’Learys ran the race a year ago, Dave O’Leary, 59, a real estate investor, tore his Achilles tendon and another tendon while running to the mat, or finish line, on the second leg of the race. He competed on crutches for two more legs — they won both of them — before having to withdraw on the fifth leg of the race when they were in Vietnam.

“I felt so guilty bringing the race to an end for Connor,” Dave O’Leary said. “We don’t have any plans to self-eliminate this time.”