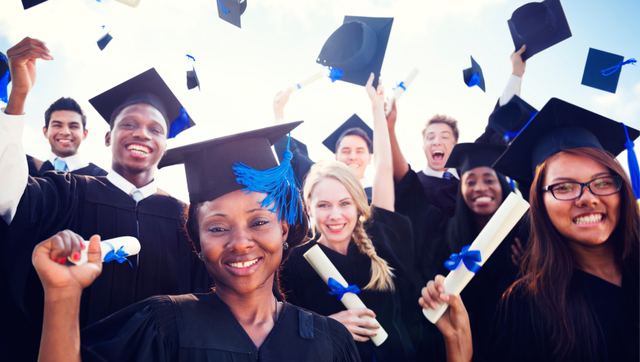 LDS New York Times best-selling author Jason F. Wright recently spoke at a high school commencement in Washington, D.C. Among the wisdom he shared, Wright told the students of seven truths he has learned throughout his life—ones that we often forget.

You’re about to step into a world where it’s increasingly difficult to discern truth.

Where the ability to deceive is often viewed as a talent and a praiseworthy attribute.

Where a culture of discouragement whispers every single day that you’re not good enough.

Young women, I promise that most of the models do not look the way they’re portrayed in magazines, on Netflix, or on social media. And all that polished advice on how to stay skinny and become beautiful is mostly worthless.

Don’t fall for it. Don’t listen to the world’s dangerous drumbeat that you’re not pretty enough, not slim enough, and that your lips need to be plumped up. Come on, no woman needs lips so big they require their own passport to travel.

You are already beautiful; because you are unique.

Young men, the world will tell you that it’s no longer cool to open doors for women, to be tender-hearted, and that it’s acceptable to refer to women with horrific language that demeans and diminishes.

And no matter what you see in movies or hear on the hottest iTunes track, women are not objects. They’re not possessions.

Yes, it is still cool to open doors — for anyone — and you’re never too important to skip saying please, thank you, and you’re welcome.

Both sexes are hearing that real men don’t cry. Are you kidding me? I cried at a deodorant commercial this morning ... about a dog.

Why was the dog wearing deodorant? I don’t know, that’s not the point. The point is I got teary-eyed and crying doesn’t make you weak; it makes you human.

You’ll soon hear — maybe you already have — that people with different political opinions cannot get along and get things done. You’ll witness friends and colleagues belittling and besmirching those they disagree with, particularly when the target isn’t in the room.

But the truth? The truth is that when people focus more on coming together than keeping score, when we shred labels or never put them on in the first place, there is nothing a family, country, or company cannot accomplish.

Many of you may soon find yourselves in late-night conversations in dorms or college courtyards about religion. If you practice one, you might be ridiculed. And if you don’t, you might be judged.

The truth is that your right to believe — or not believe — doesn’t have to be left at home when you pack for college.

You have a right to attend a church, a synagogue, a mosque, a temple, or nothing at all.

As for me, I do believe. But I’d bleed for your right not to.

At some point, someone else will get the part in the college musical, or the internship, or the corner office with the big bonus.

And guess what? It’s going to be all right. It’s not adversity that proves our mettle, it’s how we handle it.

Finally, I want to share a bit of personal truth with you.

On the day I sat where you are, I felt pretty blue. My father had died during my junior year of high school and I wished more than anything he was sitting in the crowd.

All throughout graduation I looked up to see if I'd been dreaming the last year and a half of my life. I hoped I’d see him sitting next to my mother in an ugly polyester suit with a ridiculously wide tie.

There were times I woke up and I thought the sun had forgotten to wake up with me. So often, in a crowded room, I felt alone, and I wondered if that feeling would ever leave.

Then, one day, I just looked up.

I realized there were people all around me who loved me, but I hadn’t been willing to see them. I was constantly looking down, in my own world, as if living on an island named after me.

So, I asked for help, and when I did, I realized there were people who had faith in me. I learned to surround myself with good friends who cheered for me and I cheered for them.

I realized what a beautiful gift I had — the gift of agency. I choose my path, my friends, my college classes, my jobs. You have that gift, too.

I suspect someone reading this is feeling alone right now. You might wonder if your voice will be heard in the real world.

My friends, if you remember nothing else about truth, remember this.

You are never alone.

You have individual worth beyond what you can comprehend.

You’re going to stand for truth.

And that? Well, that is the truth.