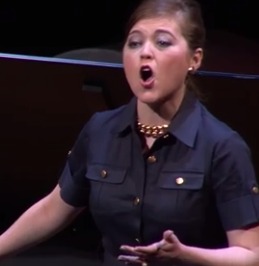 Charity Tillemann-Dick is an accomplished speaker, presenter, and soprano singer. She has performed in prestigious concert halls across Europe, Asia, and America in front of celebrities, presidents, and world dignitaries.

In 2004, Charity was diagnosed with idiopathic pulmonary hypertension, a rare condition that causes the arteries in the lungs to harden, forcing the heart to work harder and harder to pump blood throughout the body. Left untreated, Charity was not expected to live longer than five years. But since her diagnosis, Charity has received two double lung transplants and continues to speak, sing and perform across the country.

During the interview, I asked her about her reaction to her diagnosis, the highlights of her career, the album she just released, and her plans for the future.

Read the rest of this story at sethadamsmith.com