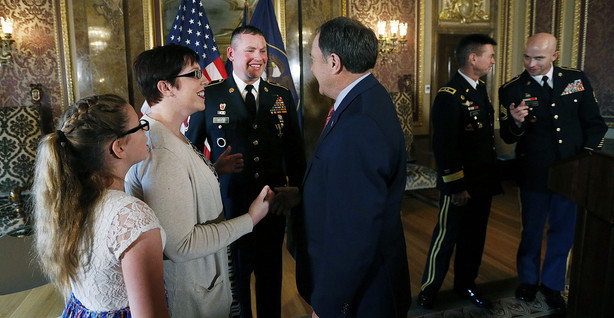 We are infinitely grateful for the brave men and women who serve our country and the daily heroes who live among us.

"He did was he was trained to do," said Utah National Guard Maj. Gen. Jeff Burton. "He did what we'd expect a soldier to do."

On Thursday, Heath was awarded the second-highest state honor for his actions of bravery — he was given the Utah Cross. The medal is reserved for Utah National Guard soldiers or airmen who distinguish themselves through heroism or other acts that are above and beyond the call of duty.

Heath was the first to arrive at the scene of a fully involved house fire in Manila in 2013, where he found an elderly homeowner standing in front of the home.