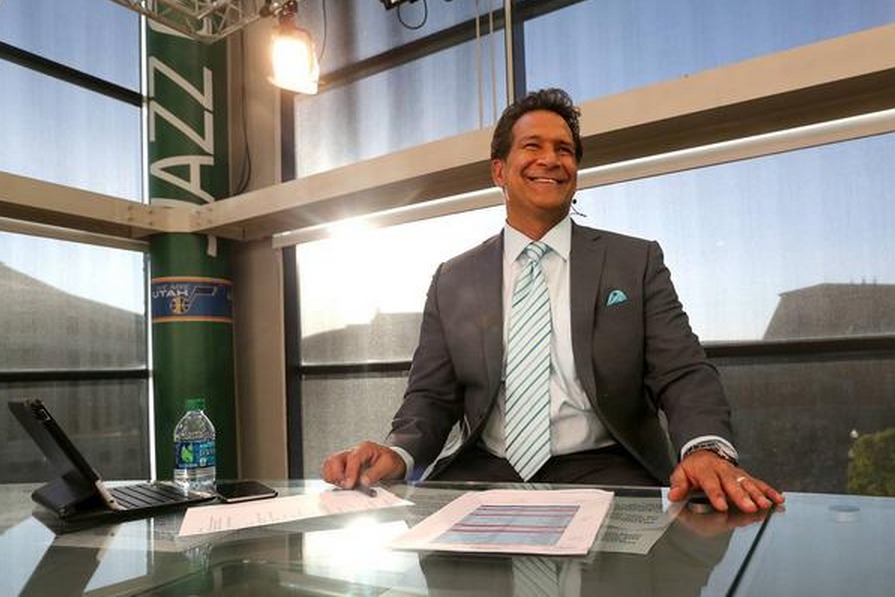 For many people Alema Harrington was the former BYU football player, or the son of a legendary Hawaiian athlete/TV actor, or the genial KSL-TV weekend sports anchor or the host of sports talk radio or the elder’s quorum president of his Mormon ward or a father and husband.

But he was/is one more thing they didn’t know about: A drug addict.

He led a double life.

He fooled almost everyone.

Affable, conversant, well-groomed and handsome, he has maintained a presence in Salt Lake City’s sports media for years. But behind the big smile, behind the direct gaze into the camera and the polished delivery, there has been an internal war raging. It began decades ago with painkillers, which enabled him to endure back pain and play football at BYU (he would not be the only Cougar to be similarly ensnared during that time). Eventually, he turned to heroin and the underground world that came with it. For some two decades he was in and out of rehab programs — eight in all — and who knows if he is done with them, but ...

… Today is good because, in the one-day-at-a-time survivors’ mantra, he isn’t using. Today he is sitting in the offices of the Renaissance Ranch outpatient treatment center — “offering healing for the addicted and afflicted through gospel-centered solutions.” He is not here as a patient. He is here as a licensed drug abuse counselor. This is his day job. His night job is TV. Sports fans will recognize Harrington as host of the Utah Jazz pre- and post-game shows on the Root Sports Network and high school football games on KJZZ.

Ironically, he turned to counseling for his own therapy several years ago.