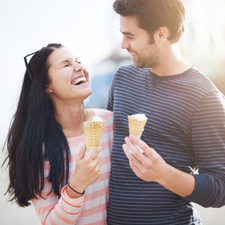 View this very honest and open video regarding temple garments recently released by the Church.

Elder Holland is tackles any topic with a fearless and unflinching honesty that can make even the most dauting or confusing topics relatable.  Now, he's taken on dating. Compiled from a devotional by Elder Holland, this list provides a way singles can obtain success in their love life even while struggling with the realities of dating.

View this uplifting new message that addresses a serious topic that affects many families and individuals within the church.

An Atheist's Response to the Book of Mormon

While tracting in Orlanda, Florida, a sister missionary ran into an old friend--an atheist friend who had been raised as a Lutheran.  After encouraging both this man and his family to read the Book of Mormon, the sister missionary received a response she didn't anticipate.

Read more about her friend's response.

How ‘Meet the Mormons’ Became a Hit Movie In One Weekend

How did the film Meet the Mormons have such a successful opening weekend?

It is a film that (1) wasn’t produced by a movie studio, (2) was made by a church who has never before released a film to movie theaters, (3) didn’t have a large advertising budget, and (4) donated all the net proceeds to charity.

The movie was produced by The Church of Jesus Christ of Latter-day Saints in response to the pop culture confusion about who Mormons are. Its documentary-style approach highlights the lives of six members of the Church and shows how their faith inspires them to live Christian lives.

The movie opened in theaters across the United States on October 10. Critics gave it less than glowing reviews. Movie-goers loved it. Critics hoped for an in-depth investigative exposé on Mormon doctrine, church history, and contemporary social issues. Movie-goers enjoyed the non-preachy universal values portrayed in the lives of these Mormons from around the world. For example, Bishnu Adhikari leads humanitarian efforts in Nepal and Navy football coach Ken Niumatalolo prioritizes his family responsibilities over the pressure to spend his Sundays reviewing game tapes. A quick search for the hashtag #MeetTheMormons on any social media channel produces thousands of overwhelmingly positive comments and video reactions.