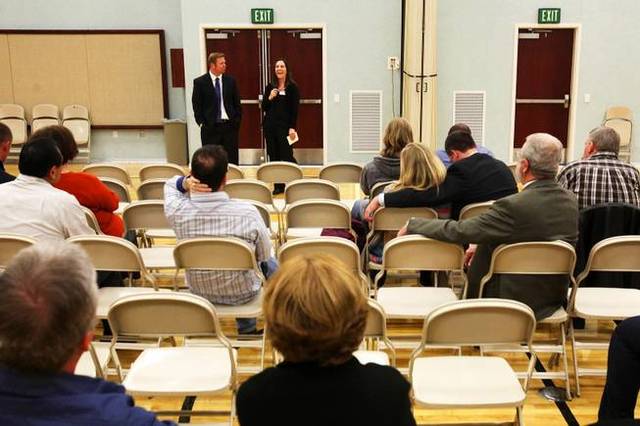 LDS stakes join in job search for those in need

As 58-year-old Harley Walker details his work experience to the small gathering inside a gymnasium at a northwest valley church, his story is a reminder that for some people the Great Recession has only just begun.

He tells how less than a month ago, he lost a job he held for more than 20 years, supervising construction projects and managing facilities. On his first day of work all those years ago, he told his employer he would retire there.

That was still the plan when his boss told Walker he was being laid off. Walker said he had been reassured his job would be the last one to go.

“I was stunned for a while,” he said. “I didn’t believe it. The next Monday, it began to sink in. It was a hopeless feeling.”

For the next week, Walker walked around in a fog. Payments on his home and two vehicles were due, and as he milled through hundreds of job postings online, “the stress began to build up,” he said.

Then a leader at Walker’s congregation of the Church of Jesus Christ of Latter-day Saints told him about a program at an LDS meetinghouse in the Tule Springs area that helps the unemployed. For a second consecutive Tuesday night, Walker is here, looking for a job lead.
Read the rest of this story at lasvegassun.com