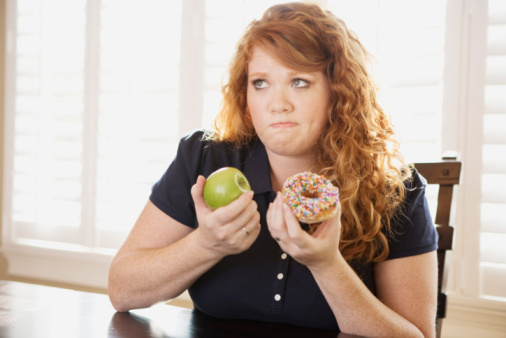 “I find that really hard to believe.”

The connection between what we eat and how our body works is a mystery to some people. My wife and I raised our children on fresh, healthy food. Most of what the nations’ kids are eating daily does not qualify as food. Here’s the definition of food: Any nourishing substance that is eaten, drunk, or otherwise taken into the body to sustain life, provide energy, promote growth, etc. See what I mean?

I recently had to give a lecture on nutrition, so on the way I stopped at a convenience store and bought a small bag of Doritos. I went outside the store and promptly emptied the chips into the trash—I only wanted the bag to prove a point. (I also got some confused looks by the two girls sitting in the car near the trashcan.) The point is this: There are so many unpronounceable chemicals in that bag that the EPA should get involved! And yet, how many kids have that for lunch every day—all provided by our public schools?

Depression, anxiety, bipolar disorder, ADD, and ADHD can all be caused by taking these non-foods into our bodies—even as adults. Foods and chemicals can be affecting your brain and you might not even know it. Look at the following example:

Debra is a 33-year-old woman that came in to see me for panic attacks and depressive episodes. She had been referred to me by a marriage and family therapist because her marriage was being destroyed by her health problems. The therapy was helpful, but the therapist wanted me to look more deeply into what was going on hormonally. We ran a blood test to check all her hormone levels and found a few problems, but nothing glaring. One thing Debra said in her consultation was that most of the time, after she eats a meal, she gets bloated and gassy. So I suggested to her that we run an ALCAT test to see if there was something in her diet that was causing not only the stomach problems, but maybe the psychological problems, too.

The ALCAT blood test checks for food intolerances—not food allergies. When the results came back, I showed Debra the lab results, telling her that she was severely reactive to four foods: corn, chicken, green bell peppers, and mangos. Well, she never eats mangoes, but she was eating a lot of the others (by the way, she drank soda pop with almost every meal, which contains high fructose corn syrup). There were also nine other foods to which she reacted moderately. Staying off those 13 foods for three weeks made a huge difference, not only in her bloating and gas, but in her moods and depression. Those foods (some of which were her favorite) were literally poisoning her and she didn’t even know it.

So often children and adults are misdiagnosed with mental problems when in reality they should look into what they are eating. If a parent will start feeding their children real food, give them a super dose of high quality fish oil every day, and make sure they are getting exercise of some kind regularly, it will many, many times avoid the misdiagnosis of ADD/ADHD. The brain needs lots of good fats like olive, macadamia nut, and coconut oils in liberal amounts for children and adults on a daily basis.

Also, realize that many of our patients who are taking antidepressants can eventually get off those medications. There are effective natural neurotransmitter adaptogens that can be used without resorting too many of the antidepressants available today. Remember what the three most common side effects of antidepressants are: weight gain, loss of sex drive, and refractory depression (we call it the “Zombie Effect”). Some people do need to use those types of medications, but they are far too often over-prescribed, especially when there are wonderful alternatives that are just as effective.

The old adage One man’s food is another man’s poison is so true. If you have problems plaguing you with no answers, find a qualified doctor that deals with these types of issues.

--
Dr. Robert Jones is the clinic director at the Utah Wellness Institute in Draper, Utah. 801.576.1155 ﻿www.utahwellnessinstitute.com ﻿

Health Health FoodHealth,Food,Health
Comments and feedback can be sent to feedback@ldsliving.com