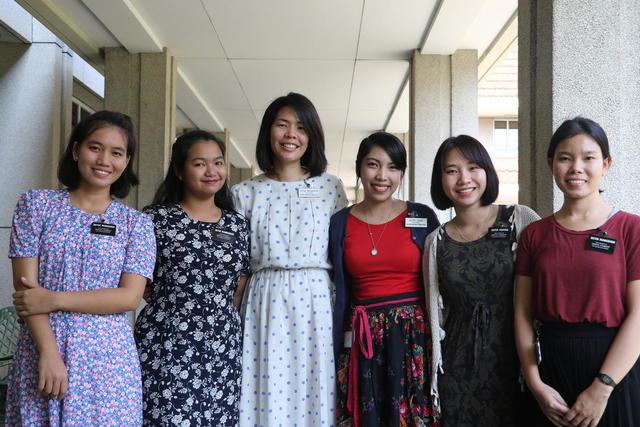 Recently, the Church announced that it will be making changes to the missionary program by standardizing interview questions for prospective missionaries, decreasing missions while trying to utilize tech savviness to locate like-minded religious people, and providing more help for early returned missionaries. Here's a little more insight into some of these changes:

"For those preparing for missions, Church leaders have approved a standard set of interview questions to be asked of prospective missionaries uniformly across the world," according to statement from The Church of Jesus Christ of Latter-day Saints released on Mormon Newsroom. "The hope is that each young man and woman will be familiar with them years before they formally prepare to serve so they have a more complete understanding of the rigorous requirements of missionary work."

The shift to standardized missionary interview questions was one of several missionary-related changes announced Friday. Other changes include trimming the number of missions to better fit the needs in specific regions of the world, replacing tablet with smartphones and increasing the use of technologies that help find people interested in religion.

For bishops and stake presidents, interviewing a prospective missionary is regarded as a sacred experience, "characterized by great love and the guidance of the Holy Ghost," according to a Church letter sent to local priesthood leaders.

Find a list of these interview questions as well as the letter sent out to bishops and stake presidents here.

Read more about these changes here as well as a list of anticipated questions about this change.

A surge of missionaries occurred following President Monson’s announcement. The number of elder and sisters serving full-time missions reportedly jumped from 58,000 to 88,000 in just a few years.

Five years after the age changes, with missionaries spread throughout more than 400 missions, the Church will be implementing reductions to achieve an overall number “that better fits the total number of missionaries and the needs of each region,” according to Mormon Newsroom.

The Church has long recognized that missionary methods and approaches need to be updated “as cultures and technologies shift and change,” according the Mormon Newsroom. After consulting with leaders in the technology world, the number of missions using mobile devices is being increased from 87 to 162.

“Tablets are being replaced with smartphones, and in the future, most missionaries will arrive on their mission with a smartphone to assist them in their study, finding and teaching,” the release noted.

Church leaders are certain technologies can identify those who might be interested in the gospel. The Church plans to continue utilizing such tools to help those interested in spiritual things connect with the Church’s resources.

The following is from Mormon Newsroom:

For those who return home early (the most common reason being health challenges), the Church is always seeking ways to make the transition smooth and beneficial for the missionary.