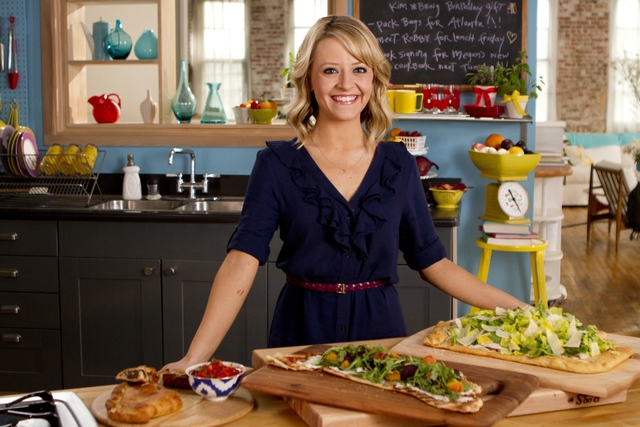 Have you ever wanted to sing in front of a crowd of thousands? Or share your best recipes with the entire nation? Do you think you could win a race around the globe because of your superb camping know-how? No matter the nature of your talent, there’s a reality show for your skills.

Not all reality shows match the standards of Latter-days Saints, but since the rise of reality TV, Mormons have been prominently featured in many—especially those of the talent variety. When the good, old-fashioned talent show becomes a national talent search, Mormons aren’t hiding their light under a bushel. The best and the brightest are lining up to prove that Mormons “got” talent.

One Mormon reality show contestant gained her own TV show from the experience. Kelsey Nixon competed on season four of The Next Food Network Star. After doing an internship on the set of Martha Stewart Living, Nixon knew she wanted to combine her talents for cooking and broadcast journalism into a show of her own, so she submitted an application for the show.

But Nixon was not selected the first time she applied. “Thank goodness I didn’t make it—I was not ready!”  Nixon said. To further prepare, Nixon put together a cooking show while she was still at BYU, finished her degree, and then went to culinary school in Los Angeles.

After that, Nixon resubmitted her application and was selected. Although she didn’t win, Nixon now hosts her own show, Kelsey’s Essentials, on The Cooking Channel. The show’s second season begins on June 25.

While she credits her time on reality TV with getting her the show, Nixon said reality TV is not always a picnic.

“It’s a very, very hard thing to do, and you have to be prepared for that,” Nixon said. “It was actually the most stressful six weeks of my entire life. . . . Be prepared for a pretty grueling process.”

It’s impossible to list all the Latter-day Saints who have made appearances on reality TV, but many of them have made quite an impact. Ken Jennings made headlines when he became the longest-running contestant on the TV quiz show Jeopardy! Six participants on The Biggest Loser last season were LDS, including Olympic gold-medalist Rulon Gardner. One of the professional dancers on Dancing with the Stars, Chelsie Hightower, is a Mormon who rose to fame on another reality dancing show, So You Think You Can Dance? And beginning June 23, two Mormons will be racing across Morocco on the new reality series Expedition: Impossible.

Of all the talent reality shows, none is more well-known than American Idol. Plenty of Latter-day Saints have shared their vocal talents on the show over the last ten years. Carmen Rasmussen of Bountiful, Utah, was a finalist in season two. Season seven featured two LDS contestants, Brooke White and David Archuleta. And in season three there was BYU–Idaho student Jon Peter Lewis.

Lewis was considering medical school when the opportunity to audition for American Idol came up.

“When I came across American Idol, I thought here’s something that I can do really quickly,” Lewis said. “If it works out then awesome, and if it doesn’t . . . at least I can say I gave it a shot.” Lewis has now released three albums following his jumpstart to stardom on American Idol.

Performing on a national stage helped Lewis realize that his singing talents competed with many singers on the radio. But he did encounter some challenges while on American Idol.

“Probably the biggest challenge is going to church every week and having a calling,” Lewis said. “Not having a calling, actually, is a better way to put it. I didn’t have a calling for I can’t tell you how long.”

Even so, Lewis attended church as much as possible and tried to represent the Church while competing on the show.

“I decided early on in the show that I would rather live a sermon than preach one because I never thought that being on American Idol was a forum for preaching,” Lewis said. “But I did feel that you’re supposed to be a missionary wherever you are.”

Another reality contestant, Lindsey Stirling, felt that her time on America’s Got Talent was a unique way of sharing the gospel. Competing with her hip-hop violin routines, Stirling proudly proclaimed on the show that she was a Latter-day Saint.

“I was definitely the token Mormon of that season,” Stirling said with a chuckle.
But this returned missionary was serious when she said, “I honestly believe that the Lord is very creative in the way He does missionary work. . . . Even through reality TV, I had so many missionary opportunities in a venue that a lot of people see as corrupt and evil.”

So, why all the Mormons in reality TV? Lewis, Nixon and Stirling each had a few thoughts on the matter.

“I think that growing up in church we’re taught to explore and develop our talents but we’re also taught that [the music industry] is not a viable career option,” Lewis said. Lewis guessed that many Latter-day Saints try out for reality shows because they’ll know right away if they should keep pursuing their dream career or aim for a more mainstream line of work.

Nixon guessed that Mormons turn up on reality TV for very practical reasons: viewers will find us interesting.

“More than ever, people are interested in what we think, what we do,” Nixon said. When producers and casting directors are choosing from the pool of talent, they want a wide variety of people, Nixon explained, and Mormons are basically the opposite of the tattooed biker type.

“When you decide to go on to a reality show, there are just certain things that you have to accept,” Nixon said. “They’re going to turn you into a character and hopefully that character will represent what you actually are.”

Stirling’s guess: “It’s because we’re different and we’re not afraid to be different,” she said. “For some reason the world is fascinated with Mormonism.”