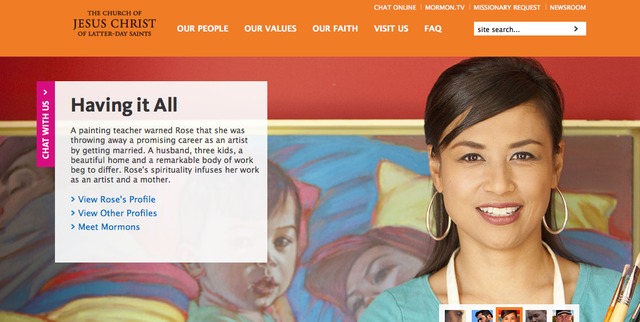 Mormons using the Web to control their own image

Try this. Type “church,” “Old Testament” or even “friend” into Google, and the Web site of the LDS church, the Mormons, pops up near the top of the list.

In the age of the Internet, the Church of Jesus Christ of Latter-day Saints has found a way to dominate what is arguably today’s most important information source: the search engine.

It’s all about Mormons controlling their own image, church officials say. They’ve been doing that for a century or more. And now, with two of their own vying for the Republican nomination in the 2012 presidential race, and a Broadway hit and reality television generating huge interest in the denomination, much is at stake.