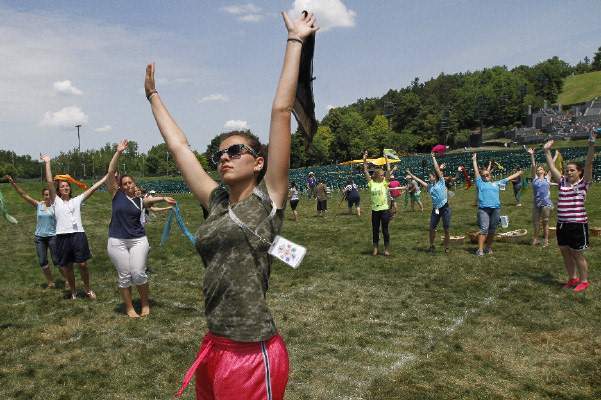 As the actors, directors, lighting designers and production assistants prepare for the annual Hill Cumorah Pageant, which opens this weekend, they're wondering if a national "Mormon moment" will inspire more people to make the journey to Manchester, Ontario County.

The pageant will go on as it has every year since 1937, but this year the Church of Jesus Christ of Latter-day Saints has captured national attention as two of its adherents are running for president and the Broadway musical, "The Book of Mormon," was this year's big Tony Award-winner.

"There's a lot of curiosity right now, which is kind of fun," said Heather Gist, a member of the Hill Cumorah cast who traveled from Utah to be a part of the show with her husband and four children.
Read the rest of this story at democratandchronicle.com