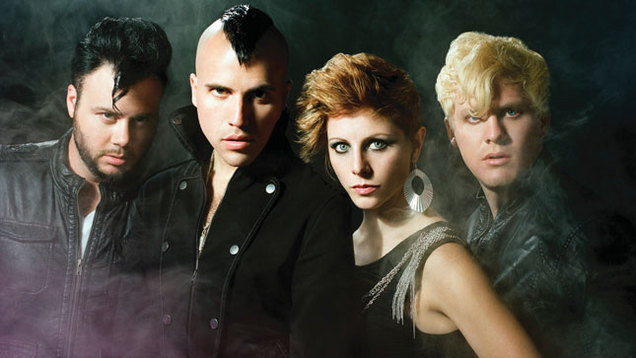 Neon Trees: LDS band members shining a light in a world of vice

Utah rock-pop group Neon Trees, are loud and proud about about being Mormons and as frontman Tyler Glenn and bassist Branden Campbell explain, it’s their faith that’s kept them straight and narrow on the rock 'n' roll road.

“Bands like Paramore are very clean, they only have chocolate milk on their rider. I know for us it’s given us a ground to stand on when things get crazy. Things do get crazy, we’ve seen a lot,” says Glenn sitting at Sydney’s Universal Music headquarters, his tooth still chipped from falling offstage last month. “Maybe I should keep it, my badge of honour,” he laughs.

Campbell is very diplomatic and makes it clear you don’t have to love Jehovah to be in the band. “Neon Trees has never set out to be a Mormon or Latter Day Saint band, we’re a rock n’ roll pop band and in our lives, music is just one thing that we do.”

Named after the sign that sits atop the US hamburger chain In and Out, Neon Trees have already garnered a #3 spot on the TMN Top 100 and a #30 placing on the ARIA Charts for their track Animal from their forthcoming album Habits, out on February 18. They may seem like overnight sensations here, but Habits has actually been out in their homeland for 11 months. Campbell says the hold up is due to the bands’ big break, a support spot on The Killers’ national tour.
Read the rest of this story at themusicnetwork.com