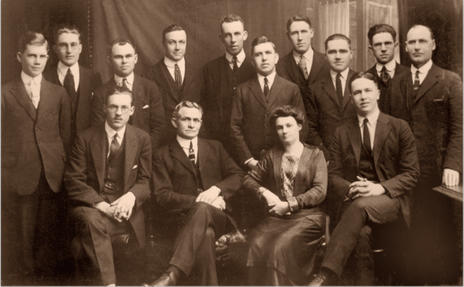 Erastus Snow, an early apostle of the LDS Church, served 14 missions in his lifetime. He began preaching the gospel at age 15 with a brief mission to New York and New Hampshire in 1834. By age 18, he had served five missions for The Church of Jesus Christ of Latter-day Saints, and he continued serving missions of varying lengths in locations from Ohio to Denmark until he was 41 years old.

Snow's descendants can now learn more about his extensive missionary travels and experiences in a new way, thanks to a new online database called Early Mormon Missionaries, developed by the LDS Church History Library, in partnership with FamilySearch and the Harold B. Lee Library at Brigham Young University.

The database, tagged with the missionary charge, "Go Ye Into All the World" (Mark 16:15), features the names of 41,000 men and women who served full-time proselytizing missions for the church in 36 countries worldwide from 1830 through 1930, with links to thousands of sources in the Church History Library.

Erastus Snow's great-great-great-grandson, Elder Steven E. Snow, a member of the First Quorum of the Seventy as well as church historian and recorder, announced the launch of the new database at the RootsTech Conference on Thursday afternoon.