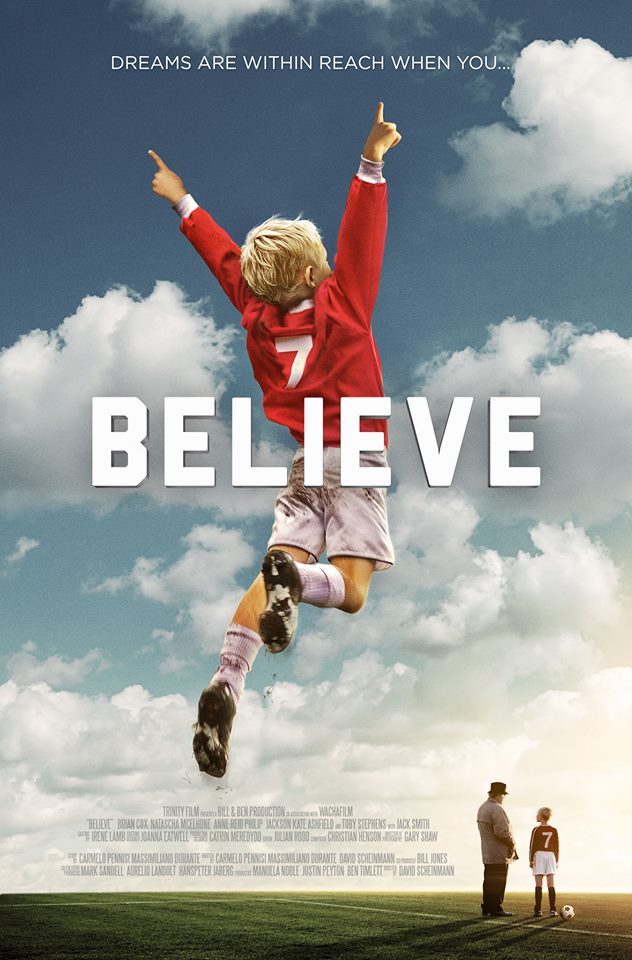 As the World Cup progresses and soccer is on everyone's mind, producers are creating a touching new movie about a young soccer prodigy, set in England in 1984.

Based on true events, "Believe" is the story of 11-year-old Georgie--a rebellious troublemaker with a gift for soccer. When an act of petty crime throws Georgie into the path of legendary Manchester United soccer manager Sir Matt Busby, fate seems to have stepped in to correct the struggling boy. Sir Matt’s has spent his entire life around soccer. He is committed to making not only better soccer players, but better boys. A goal that he maintains even after surviving a plane disaster that killed several of his previous young protégé’s. When he recognizes the incredible talent of young Georgie, Sir Matt comes out of retirement with the goal to help correct the wayward boy and help him fulfill his sports dream.

How does Sir Matt transform Georgie and the unruly crew of boys Georgie leads from troublemakers into a close-knit soccer team? We look forward to finding out this September! Watch the trailer below, or like the “Believe” Facebook page for more updates on this touching, but humorous story of fulfilling dreams when you believe.