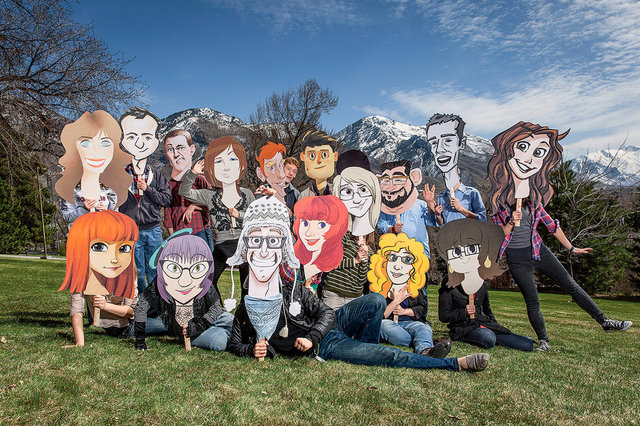 Allen Ostergar stood at the front of the lecture hall with a stiff and bashful smile, or maybe it was just stage fright, and started his pitch. Open on a deadly pirate ship, he said— “the deadliest of all the pirate ships to, like, sail the seas.”

It was a Tuesday evening at Brigham Young University, in Provo, Utah, and the school’s computer-animation program had assembled its 70-odd students to choose their next project — the one film they would be producing over the next three semesters. Ostergar, a junior from Southern California, was up first.

A panning shot across the ship’s deck, he explained, would introduce the thuggish crew: two pirates take turns slugging each other in the gut. Another stands around eating habanero peppers and blowing fire. “One idea I had,” Ostergar said, “was one guy could be bench-pressing a cannon. And then it zooms out a little bit, and then there’s a bigger guy that’s bench-pressing that guy!”

Eventually the camera would zero in on the main character, Off-White Dakin. Ostergar had done an animated sequence showing the lantern-jawed pirate sitting behind a barrel — hiding.