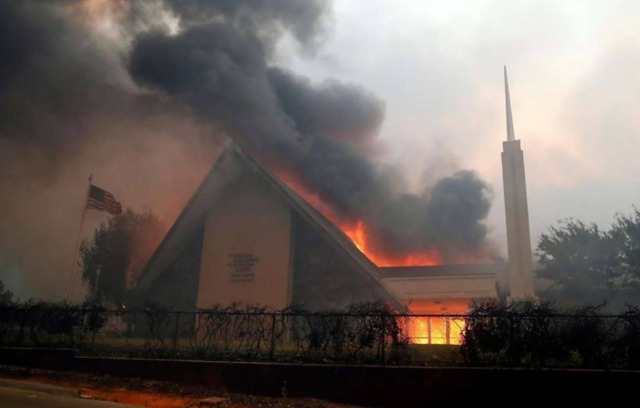 “I had several promptings to turn around; turn around and go back,” he said Friday.

The wildfire that would eventually consume much of Paradise, destroy two of Bishop Harrison’s homes and incinerate the Latter-day Saint meetinghouse he loved seemed far off at that initial moment of inspiration.

But the winds were blowing, flames were moving, “and I knew I had to get my family out of there.”

He also sent out mass texts to the members issuing a similar plea to leave Paradise immediately.

Bishop Harrison’s terrifying get-out-now account could be echoed by thousands of residents forced to flee from this town in Northern California’s Butte County.

Local Church leaders are relieved that all members and missionaries are safe and accounted for. But the so-called Camp Fire exacted an awful price in the Paradise Latter-day Saint community and beyond.