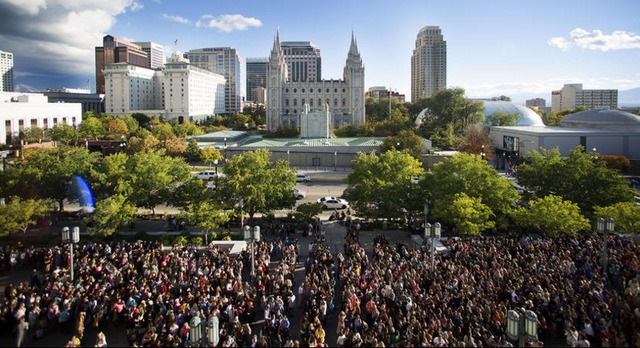 Pew Research Shares 6 Incredible Findings About Mormons Everyone Should Know

Some interesting findings from Pew Research:

Twice each year, in April and October, the Church of Jesus Christ of Latter-day Saints holds its General Conference in Salt Lake City, Utah. These conferences – which are open to all members of the LDS church and are broadcast around the world – offer Mormons an opportunity to hear their leaders speak on a host of topics.

As the next conference gets underway this weekend, here are six facts about U.S. Mormons from Pew Research Center surveys: 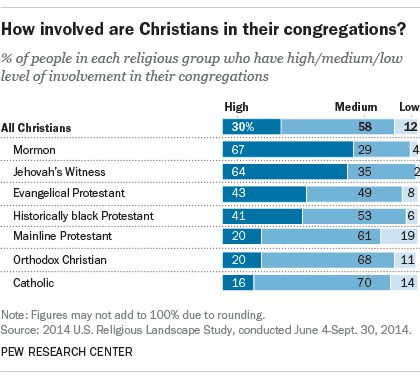 Among all Christian religious traditions in the U.S., Mormons are among the most highly involved in their congregations (67%), according to an analysis based on three measures of congregational involvement: membership in a congregation, frequency of attendance at worship services and frequency of attendance at small group religious activities. Jehovah’s Witnesses have comparable levels of highly involved members (64%), while evangelical Protestants (43%), members of historically black Protestant denominations (41%) and those in other Christian groups have lower average levels of congregational involvement. In addition, our Religious Landscape Study found that Mormons are among the groups most likely to believe the Bible is the word of God (91%), pray daily (85%), say religion is very important in their lives (84%) and read scripture regularly (77%).