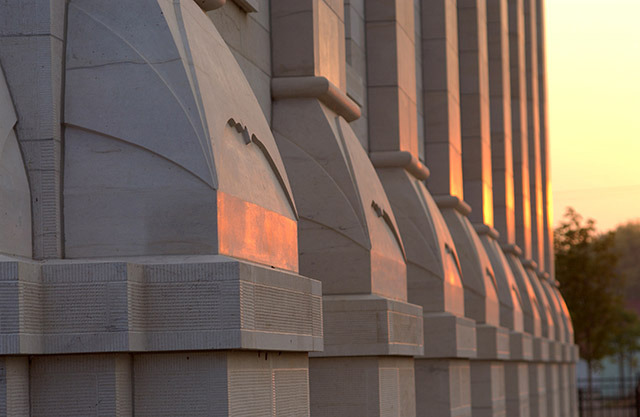 Even the coldest heart is moved by the events that took place in the Carthage Jail on Thursday, June 27, 1844—170 years ago today. Joseph died not only as a Prophet, Seer, and Revelator, but as a Mayor of one of the largest cities in America, General of the Nauvoo Legion (the largest city militia in the western United States), a declared candidate for President of the United States, and more tenderly, as a husband to Emma Hale Smith and father of eleven children (six then deceased, one yet unborn). Joseph died, as the Prophets of old, as a witness of the Savior of mankind. The following accounts are given to paint a picture of some of the feelings that surround that fateful day in June of 1844. I have added the photographs so you may journey with the Prophet Joseph and his brother Hyrum to Carthage.

The Temple walls were approximately 9 feet off the ground when Joseph rode by them on the way to Carthage. Joseph often prayed that he would see the completion of the house of the Lord. Surely that prayer was answered. But not on this side of the veil.

Joseph, Hyrum, and the others, arrived at this place, the Carthage Jail, around midnight, Monday, June 24, 1844.

Original door of jailer’s bedroom still has the hole (right middle panel) where a ball from one rifle blasted through and hit Hyrum in the left bridge of the nose, felling him to the floor.