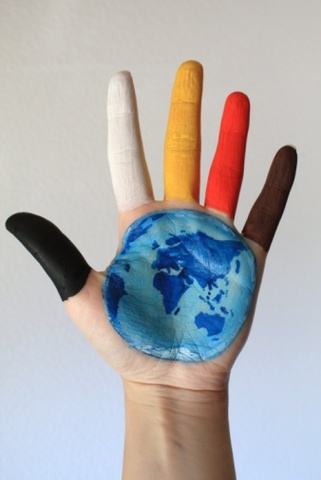 If you have ever watched a child listen breathlessly to the ending of a fairy tale, you know that stories are amazingly powerful. Stories have the ability to transport us, teach us, entertain and inspire us. Humans have been telling stories for thousands of years, and every culture has its own stories that are distinctly important to its people. As such stories are told and retold, it is as if we as listeners are being gathered around a fire—we are welcomed into an intimate circle united with a common history. When we tell the stories of our culture, we learn something about ourselves: where we have come from, where we fit in a larger sense, what we stand for and who we are.

As members of a religious culture, there are many shared stories that hold meaning for us. Most of these stories are found in the scriptures. But others are drawn from the early history of the church. Pioneer stories have important meaning for the family descendants of pioneers, certainly, but in a larger sense they also belong to every member of the Church, regardless of how recently they have arrived.

A staggering 70,000 people joined the Church and crossed the plains during the twenty years of the “pioneer” movement. These members came primarily from the eastern U.S. states and Europe. They gathered and walked a pioneer trail that stretched 1,300 miles from the swamp lands of Missouri and Illinois, across the plains of Nebraska, over the mountains of Wyoming and into the valley of Salt Lake City, Utah, in what would become the largest religious overland migration in the history of the world.

Coming with wagons, oxen, handcarts, and trail-worn shoes, these pioneers were unique. They came speaking Spanish, English, Welsh, French, Russian, German and many other languages. They gathered with an immense variety of customs, life experiences and economic circumstances.

There were impoverished victims of the Irish potato famine who had watched their crops fail and friends and family members die of starvation. There were members of the English aristocracy, like Maria Susannah Merrick Maddison, who found comfort in the Church’s doctrine of salvation for children when her own baby died before it could be baptized. There were teenagers like Christian Hans Monson, who first heard the gospel in Norway where baptism and proselytizing was illegal—and was disowned by his family before his emigration.

Considering all the ways they differed, it is astounding that they found success. But in spite of all that divided them, they were united by their newly-found faith and their desire to create a community where they could worship peacefully. These unifying goals enabled them to overcome the overwhelming differences and successfully build a place of safety together.

The sacrifices and struggles of these pioneers are part of our culture’s sacred stories. They belong to every member of the Church, whether he was baptized last week or decades ago, whether she is the first member in her family or traces her history back through generations. As we tell and listen to pioneer stories, we are welcomed into a circle by the fire. We become part of this collective history and learn more about who we as members of this religious culture truly are.

Perhaps in a larger sense, little has changed in the past one hundred and fifty years. Yes, there are differences. We have traded sunbonnets and sego lily bulbs for cell phones and the trappings of the modern world. We are a great deal more numerous, and we reach to nearly every corner of the globe. Today we speak an even larger number of languages—we could add Swahili, Portuguese, Estonian, Arabic, Korean and Maori to that list. And we still come from a dazzling diversity of life experiences, economic situations and backgrounds.

Yet most importantly, what unites us continues to be much more important than what separates us. We are still united by our faith, by our devotion to God and by our desire to build communities and strong families where we can worship in peace. This is a part of our history as well as our future. It is a part of who we are. And these goals are attainable because the early pioneers laid a firm foundation upon which future generations could build.

So this July 24th, gather your family or friends and tell some of these stories. Tell them around the dinner table, in the office or riding in the car. Tell them to remind us all that we are a part of a larger culture, working toward a common goal. Tell them as stories that belong to every one of us, and as you listen, imagine the crackling of a fire as the glowing embers float up into a star-laden sky.

--
Marianne Monson is the author of The Enchanted Tunnels Series as well as The Mima Journals.