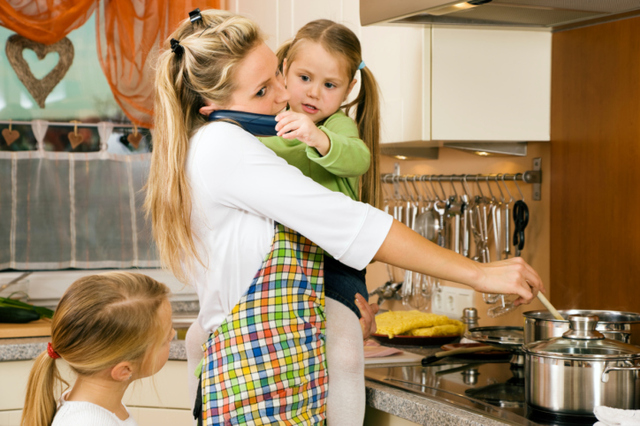 Yes, you read that right. No doubt inspired by The Real Housewives series of shows that started with Orange County back in 2006, the proposed show Mormon Wives of Utah can only mean trouble. And here’s why:

1. TV media is full of sensationalism. What makes so-called reality TV so compelling is that there is drama in nearly every minute of every episode. More often than not, it’s the thrill of this sensationalism that keeps us watching. I get it. But while that’s great for ratings and a good time, it’s not the best thing for showcasing what life is like in “reality” for Mormon women.

In describing the show, producer Wayne Allyn Root said, “In ‘Mormon Wives,’ pretty housewives moan about their husbands and fight about religion, because some wives are Mormon and some are ex-Mormons. They all go to therapy weekly.” I don’t know about you, but that does not sound like a fair depiction of my daily life as a Mormon, woman, and wife.

2. This show sends the wrong message. As a newer, often misunderstood religion, Mormonism gets more than its fair share of negative media coverage. We as Latter-day Saints should focus on the positive messages our faith encourages, those of family, friendship, and forgiveness. Everybody knows "reality" TV is scripted more often than not, and because of the sensationalism and the drama required to make a reality TV work, I have little doubt that the normal family arguments and inter-couple squabbles will not only be played up, but also encouraged by directors and producers. This is exactly the wrong emphasis we need to take as disciples of Christ. Yes, we all sometimes struggle with gossip and trying to be patient with others, but we need to focus on the positive examples of successes in our lives, not share our private therapy sessions with the world in order to get attention.

3. Shows like this promote overgeneralization. A very real concern with a “reality” show like Mormon Wives of Utah is that it can lead people to believe that they “know” what Mormons are like after watching the series on TV. Given Root’s description (see point number 1 above), it seems unlikely that the show will depict life as the majority of Mormons experience it. Chances are good that all it will do is raise doubts and confirm prejudices, creating more misinformation about what the Mormon next door is really like. (To be clear, most of us are not bickering, husband-bashing religious zealots.)

Maybe I’m being an alarmist. I haven't seen so much as a commercial for Mormon Wives of Utah. Maybe this show is going to be as inspiring as The Biggest Loser and as heartfelt as Extreme Makeover: Home Edition. Or maybe—more likely—it’s just going to be another rehash of The Real Housewives. Only this time, instead of drawing viewers in with a racy geographic area like Miami or Beverley Hills, it’s taking advantage of incorrect assumptions about the Latter-day Saint community and the “Mormon moment.”