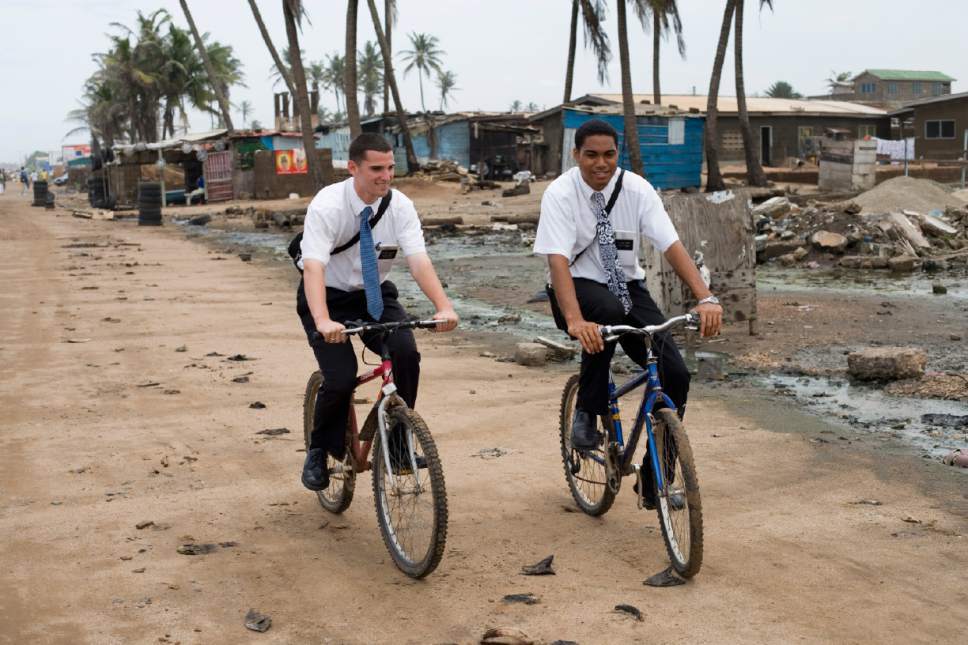 Religious demographers one day may view 2014 as the year that some trends in LDS growth — or the lack of it — were reversed.

Or at least a year of surprises, says Matt Martinich, a Colorado researcher who tracks Mormon statistics.

"No one was expecting the number of missionaries to remain around 88,000" after the so-called "surge" ended, says Martinich, who served an LDS mission to South Korea from 2004 to 2006.

In 2012, the Utah-based Church of Jesus Christ of Latter-day Saints lowered the minimum age for male missionaries from 19 to 18 and for females from 21 to 19. New proselytizers flooded the volunteer system, swelling the missionary force from 58,000 to nearly 90,000, but most people expected that number to level off in the mid-70,000s.