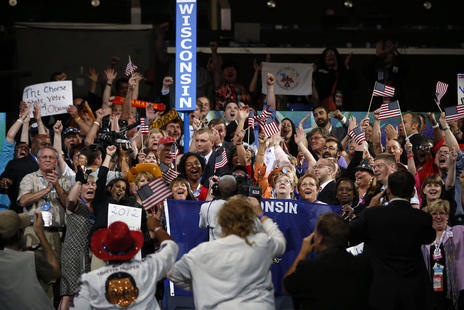 As far as Scott Howell is concerned, the Republican Party doesn't have a corner on "Mormon moments."

Despite the heavy influx of Mormonism during the final evening of last week's Republican National Convention, the former Utah State Senate minority leader and current U.S. Senate candidate says he has participated in a couple of similarly significant events that have spotlighted The Church of Jesus Christ of Latter-day Saints during the ongoing Democratic National Convention.

"I never thought I'd be walking into meetings at the Democratic National Convention carrying my triple combination (a bound volume of scriptures revered by Latter-day Saints, including the Book of Mormon, the Doctrine & Covenants and the Pearl of Great Price)," Howell said.