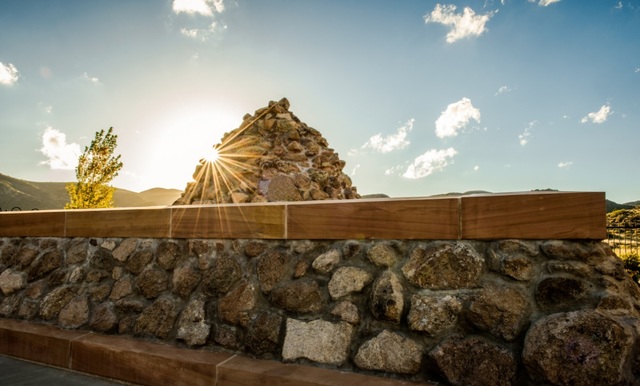 September 11 marks the 160th anniversary of the five-day siege that culminated in the massacre of 120 California-bound immigrants at the hands of Mormon militiamen from Parowan. In order to remember these victims, the Church facilitated this burial.

After 160 years buried in a museum collection, the skull of one the Mountain Meadows Massacre’s youngest victims was laid to rest Saturday in a song-filled ceremony that honored all the migrant children whose lives were cut short here in what was among the nation’s worst peacetime atrocities.

The child’s remains made the journey from an East Coast museum back to Utah this summer. Saturday, they were interred at the meadow where relatives of the doomed Arkansas immigrants gathered to reflect on a tragedy and close a controversy that had ensnared the skull for nearly a decade.

“It represents all the children who died. It’s not just one. It’s all of them we grieve for today. God knows who this child is. It is an honor to give this child a Christian burial,” said Patty Norris, a descendant of the migrant train leader Alexander Fancher, to open the service.