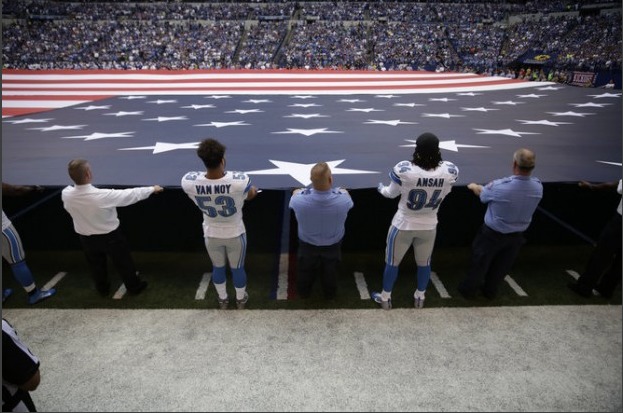 Teammates for the Detroit Lions, Ansah and Van Noy held the flag during the national anthem before the game against the Indianapolis Colts.

The Ghanaian-born American defensive end for the Detroit Lions came to the United States to attend Brigham Young University.

It was while pursuing his actuarial science degree, Ansah began playing football. After he graduated, Ansah continued to pursue a career in football and was the fifth overall draft pick of the 2013 NFL draft.

Kyle Van Noy also attended BYU, where he played defense from 2010 to 2013. In the 2014 NFL draft, he was rated as the fourth best outside linebacker prospect and was drafted by the Detroit Lions in the second round.