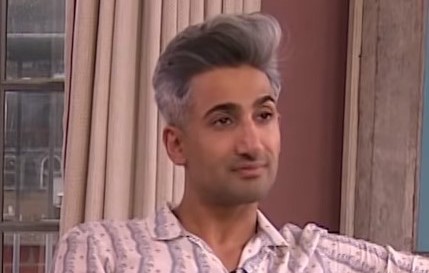 Tan France, fashion expert for the wildly popular Netflix series Queer Eye, spoke to a sold-out audience in Salt Lake City on June 12. The purpose of the event was to discuss his New York Times best-selling memoir, Naturally Tan, but he also took the opportunity to encourage love and tolerance between the religious and  LGBTQ communities.

“I know that there may be many issues between religion and the LGBTQ community. I understand that,” he said. “But my in-laws are LDS. Many of my friends are LDS. They are wonderful . . . incredible, incredible people.”

He continued, “Yes, we may not agree on many Church practices—I get that. I don’t agree with many of the practices of my own religion. . . . But that doesn’t mean it’s okay to hate on our friends and family,” to which the crowd responded with a roar of cheers and applause.

France also shared some of his experiences as an immigrant from Pakistan who grew up in England, including being beaten by adults as a 5-year-old on his way to school and frequently being treated with suspicion by airport security when he visited the US. He expressed his appreciation for President Gordon B. Hinckley's admonition to treat Muslims with respect and kindness.

France shared, "I don’t know much about what happens in the Mormon Church. I’m not Mormon. But there was a prophet that was around a few years ago. His name was President Hinckley, and he once said something during conference. I don’t watch conference, but I saw this fleeting moment where he said such lovely things about Islam and Muslims. And he said we of all people should understand why we shouldn’t be persecuting these Muslims and calling them terrorists or referring to them negatively. And I just think, 'Gosh, if he can say that from the pulpit, the rest of us can see us as not threatening and not terrorists and treat us with kindness.'”

The conference talk France might have been referring to is the October 2001 talk "The Times in Which We Live," in which President Hinckley stated:

"We value our Muslim neighbors across the world and hope that those who live by the tenets of their faith will not suffer. I ask particularly that our own people do not become a party in any way to the persecution of the innocent. Rather, let us be friendly and helpful, protective and supportive."

"[L]et it be understood that we have no quarrel with the Muslim people or with those of any other faith. We recognize and teach that all the people of the earth are of the family of God. And as He is our Father, so are we brothers and sisters with family obligations one to another."