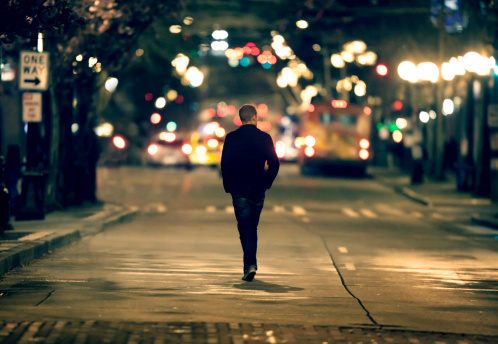 In dreams, I have on occasion been taught lessons that have changed my life. I would like to recount one such lesson.

When I awoke one night from a most disturbing dream, I ached physically, I was saturated with perspiration, and my heart was pounding. Every sense was sharpened. Although the actual dream was extensive, the key lessons communicated can be summarized by reference to a few specific experiences in the dream.

In it I found myself in a very different and unknown environment. Everything was strange to me. I could not recognize where I was or any of the individuals who surrounded me. I was anxiously seeking my wife, Jeanene. We had been separated, and I wanted very much to find her. Each individual I encountered said that I would not be able to do that. Repeatedly, as I sought in different directions to find her, I was emphatically told to forget her, for she would not be found. I was frustrated at every turn. One said, “She is no longer the same individual. There isn’t a Jeanene like you knew.”

I thought, “That is impossible. I know her, and I know she will never change.”

Then I was told, “You are not the same. There is no individual by the name of Richard Scott, and soon all of the memories you’ve had of Jeanene, your children, and other loved ones will be eradicated.”

Fear entered my heart, accompanied by a horrifying feeling. Then came the thought: “No, that is impossible. Those relationships are enduring and unchanging. As long as we live righteously, they cannot be eliminated. They are eternally fixed.”

As more encounters came, I realized that I was surrounded with evil individuals who were completely unhappy, with no purpose save that of frustrating the happiness of others so that they too would become miserable. These wicked ones were striving to manipulate those persons over whom they sought to exercise control. I somehow was conscious that those who believed their lies were being led through treachery and deceit from what they wanted most. They soon began to believe that their individuality, their experience, and their relationships as families and friends were being altered and lost. They became angry, aggressive, and engulfed by feelings of hopelessness.

The pressure became more intense to accept as reality that what I had been no longer existed and that my cherished wife was no longer the same. I resisted those thoughts with every capacity that I could find. I was determined to find her. I knew that there must be a way and was resolute in searching no matter what the cost in time or effort.

It was then that I broke out of that oppressive surrounding and could see that it was an ugly, artificial, contrived environment. So intense were the feelings generated by what I had been told by those bent on destroying my hope to take me captive that I had not realized the forces of opposition that made my efforts appear fruitless could have no power over me unless I yielded through fear or abandonment of my principles. The environment appeared real, yet it had been generated from fear and threat. Although it was simulated, to those who let themselves believe the falsehoods thrust upon them it became reality.

I can now understand that because of my faith in the truths of the gospel plan, I could break through Satan’s manipulative, evil environment to see it as it is—not only in the dream, but in real life as well—a confining, controlling, destructive influence that can be overcome by faith in and obedience to truth.

As I awoke, there flooded over me feelings of love and gratitude for our Heavenly Father and His Beloved Son that I do not have the capacity to express. My heart and mind filled with consuming love for Them and inexpressible appreciation for the blessings that are available to every spirit child of Father in Heaven willing to believe and be obedient to the plan of happiness. I cannot convey the unspeakable joy, the feeling of being wrapped in pure love, the absolute assurance that we will never lose our identity or memory of cherished relationships or the benefits of righteous acts as we continue to resist evil and are obedient to truth.

Although I would not welcome another like experience, this dream has taught me how easy it is to take for granted our relationship with our Father in Heaven and His Beloved Son, our Master and Savior. Oh, how blessed are we that They are as They say They are, perfect in every possible capacity and attribute. 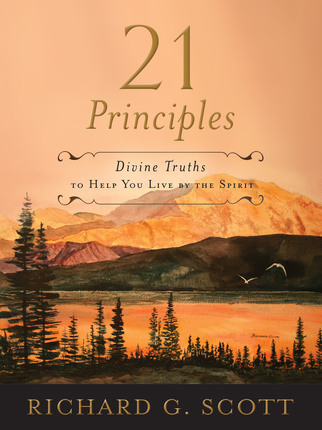 In this exciting book, Elder Scott offers 21 principles distilled from his life experiences. These “concentrated truths” will help you understand more fully how to be guided by the Spirit. Elder Scott's brief explanations open the way for your own discovery and exploration.

“I bear witness that Jesus Christ knows you personally,” Elder Scott writes. “He will provide answers to every difficult problem in your life as you trust Him and do all you can to understand and apply His doctrine and strive to live by the Spirit.” 21 Principles will be a valuable tool in that quest.