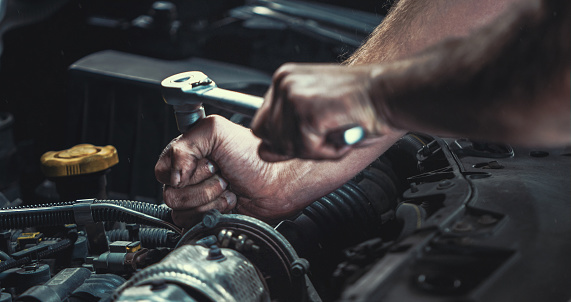 byScott Livingston, excerpted from "Beauty for Ashes: Learning From Christ How to Endure Life's Greatest Pains, Sufferings, and Sorrows" | Oct. 17, 2019

The Savior never allowed the way He was treated to determine how He would treat others. We must steadily and prayerfully strive to do likewise. Far easier said than done. When someone is unkind to us, our first impulse is almost always one of wanting justice. We feel justified in treating an offender in the same way he treated us, the Golden Rule notwithstanding. It’s only fair, we think. Shouldn’t we be allowed to do unto others as they did to us? Experiencing the “mighty change of heart” spoken of by Alma (see Alma 5:14) so that even our responses are motivated by love requires a force stronger than the feelings of anger or even hatred that may so easily beset us. But even before this power can be accessed and applied, our journey toward becoming the Christlike response begins with a choice.

In King Benjamin’s sermon to his people, he mentions that we must become “willing to submit” (Mosiah 3:19; see also Alma 7:23, 13:28) in order to access the full transformative power of the Atonement. Having knowledge of what the Savior did for us is important but insufficient. We must also choose to live the disciple’s life, especially when our discipleship is tested. Being kind and loving to others is far easier when we are being treated kindly. Reflexively choosing to give “beauty for ashes” is the divine standard for determining how far along we are in the process of becoming like the Savior.

This truth is illustrated in a story President Howard W. Hunter shared. As a young man, Vern Crowley learned the lesson taught by the Prophet Joseph Smith about loving others, even our enemies. When Vern’s father became ill, fifteen-year-old Vern had to assume responsibility for running the family’s wrecking yard. Sadly, some took advantage of the young man, and parts were being stolen from the yard. In his anger, Vern vowed to catch one of the thieves and make an example of him.

Sure enough, one night he caught a young thief stealing a transmission. His immediate impulse was to take the boy to the front office and call the police. But out of nowhere Vern’s father appeared and asked to handle the situation. As President Hunter told it:

He then walked over to the young would-be thief and put his arm around his shoulder, looked him in the eye for a moment, and said, “Son, tell me, why are you doing this? Why were you trying to steal that transmission?” Then Mr. Crowley started walking toward the office with his arm around the boy, asking questions about the young man’s car problems as they walked. By the time they had arrived at the office, the father said, “Well, I think your clutch is gone and that’s causing your problem.”

In the meantime, Vern was fuming. “Who cares about his clutch?” he thought. “Let’s call the police and get this over with.” But his father just kept talking. “Vern, get him a clutch. Get him a throwout bearing, too. And get him a pressure plate. That should take care of it.” The father handed all of the parts to the young man who had attempted robbery and said, “Take these. And here’s the transmission, too. You don’t have to steal, young man. Just ask for it. There’s a way out of every problem. People are willing to help.”

Brother Vern Crowley said he learned an everlasting lesson in love that day. The young man came back to the lot often. Voluntarily, month by month, he paid for all of the parts Vic Crowley had given him, including the transmission. During those visits he asked Vern why his dad was the way he was and why he did what he did. Vern told him something of their Latter-day Saint beliefs and how much his father loved the Lord and loved people. Eventually the would-be thief was baptized. Vern later said, “It’s hard now to describe the feelings I had and what I went through in that experience. I, too, was young. I had caught my crook. I was going to extract the utmost penalty. But my father taught me a different way (“A More Excellent Way,” Ensign, May 1992).

Brother Crowley’s father clearly knew something about people that his son Vern did not yet know. He acted as if the crime committed against him didn’t even happen. His focus was solely on applying mercy, not on exacting justice. We all aspire to be this way—to be kind when treated unkindly, to show love when we are hated, to be merciful to those who have been unjust in their dealings with us. 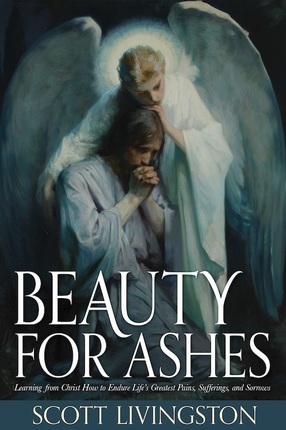 Daily oppositions are unavoidable and can be a painful test of our determination to rise above hurt or offense. But learning to love our enemies—to do good to those who hate us or despitefully use us—is easier said than done. It takes a change of heart and a reliance on the Savior’s perfect example of love and forgiveness. With incredible insight and warmth, author Scott Livingston guides readers down the path of healing as they learn to transform the “ashes” of negative interactions into something beautiful. Replete with scriptural references, prophetic counsel, and poignant stories, Beauty for Ashes provides readers with incomparable guidance through the journey of Christlike forgiveness.