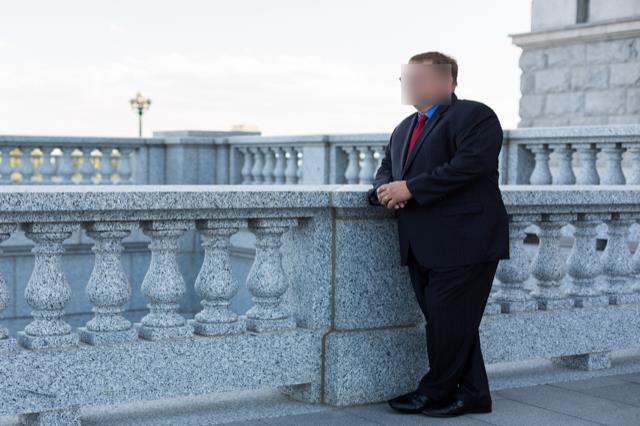 Cheating, lying, fraud, and greed. Scott Fulmer has seen the worst of humanity while working as a private investigator, yet the phrase “There but for the grace of God, go I” has supported him throughout his 30-year career.

Fulmer grew up in San Antonio, Texas, with eight younger sisters. Ever since he first picked up the Sherlock Holmes series as a kid, he has been fascinated by clues and mysteries. “When other kids said they wanted to be a physicist or a chef, being a detective was something I’ve always wanted to do,” Fulmer says.

After serving in the army and completing his bachelor’s degree in criminal justice, Fulmer started his career as a private investigator. He worked on everything from missing person cases to background checks on government officials to insurance fraud cases.

His wife, Valerie, said Fulmer has a gift for discerning his clients’ needs and noticing details. “He is very good at what he does. He has some sort of sixth sense,” Valerie says. Although Fulmer is sometimes exposed to dangerous circumstances while working on cases, he has felt protected.

Being raised as a member of the Church, Fulmer said the gospel of Jesus Christ becomes his constant guide as he deals with difficult cases. “My view is that I'm helping people resolve issues in their lives. I try to be fair and ethical with them, and that's how the gospel has influenced me—to not be judgmental but to love people, even the people I’m investigating.”

One of his major cases involved conducting national security background checks on the staff and archivists at the George H. W. Bush Presidential Library and Museum. Fulmer was feeling a sense of political pressure to pass the background check of the new director, who was also a close friend of the Bush family. Fulmer eventually decided to conduct the background check fairly. “I knew that I couldn’t live with myself if I ignored evidence or didn’t aggressively work the investigation,” he says.

He continues, “In my career as a private investigator, I have seen people in poverty, people suffering from sexual abuse, dysfunctional family life, mental health problems, children suffering from the effects of divorce, etc.” Fulmer knows it is easy to become cynical working in his field; however, he constantly tells himself, “There but for the grace of God, go I.” Fulmer explains, “It essentially means that except for the mercy of Heavenly Father, I, too, could be in a similar situation. Therefore, I am grateful for my blessings.”

With that in mind, he has avoided uncomfortable situations and doing anything that contradicts Church teachings. “The Lord knows if we keep these rules we are going to be happier than if we don’t [keep the rules]. Some people have to push that a little bit, but I just try to do what I was told,” Fulmer says.

►You’ll also like: How My Work as a Doctor Transformed My Understanding of This Frequently Used Scripture Phrase

Fulmer learned the principle of obedience and hard work on his mission. However, after Fulmer joined the army and entered an environment where smoking and drinking were common and church meetinghouses were often difficult to find, he started finding excuses to not go to church. A few years later, he was in the jungles of Panama and saw a church program that had an angel Moroni on it. Fulmer showed up to church that Sunday to find only one other person attending the service. “We had crackers for the sacrament, and there is no [running] water, but they have rainwater gathered in the jetties. We just scooped up water from that.” After that service, Fulmer started attending church again. When he came back from the army he later met Valerie and the two were sealed in the temple.

Together Fulmer and Valerie started their private investigation business in Salt Lake City. Although there are ups and downs, Valerie said her husband has been her rock. She said they have learned to work together as a team.

Fulmer recently published his first book, Confessions of a Private Eye: My Thirty Years Investigating Cheaters, Frauds, Missing Persons and Crooks. Fulmer had been writing blogs and articles for years when someone who sat next to him on an airplane advised him to compile his stories into a book. “I didn’t try to make my life any more exciting. I was just very honest with how I approach it,” he explains.

After all he has experienced as a private investigator, Fulmer recognizes he would not be where he is today without the gospel providing hope and optimism even when he is surrounded by crime. “The Lord has protected him with his job,” Valerie says. Fulmer adds, “Anything worthwhile is difficult.” But instead of focusing on the difficulties, Fulmer focuses on the ways he can help, uplift, and love others.