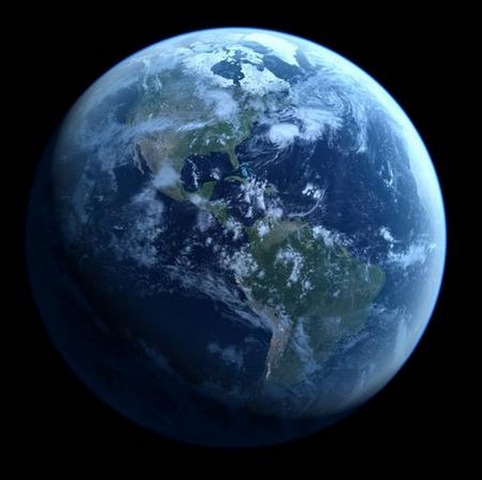 Writing in Medium about a new image of Earth released July 20 by NASA scientists and dubbed the "new Blue Marble," astronaut Scott Kelly said, "There's something remarkable about a single snapshot of Earth — an intact view of our planet in its entirety, hanging in space."

There's also something spiritual about it, noted Andrew Newberg, a neuroscientist at Thomas Jefferson University and adjunct assistant professor of religious studies at the University of Pennsylvania.

"Sometimes a photo by itself is enough to change people," helping them recognize the "deep interconnectedness of all things," he said.

In the 43 years since the original "Blue Marble" gave non-astronauts the opportunity to view Earth from outer space, images of our home planet have become ubiquitous. And yet, as the latest photo illustrates, the experience remains awe-inspiring, leading people to ponder their place in the universe.

"Spirituality gives people a new perspective on the world," he said. "Spiritual experiences create a sense of connectedness, a oneness, a sense of all things coming together. That's a lot like the overview effect."

World SpiritualityWorld,Spirituality,
Comments and feedback can be sent to feedback@ldsliving.com