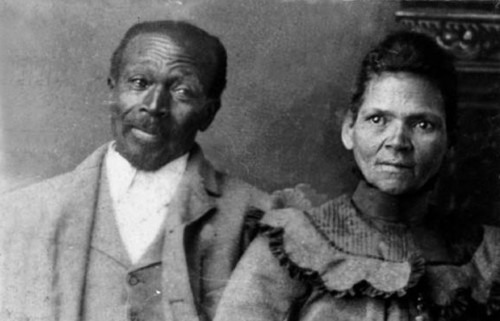 It's not the traditional pioneer story.

Five years after the Civil War ended, two black families traveled from Mississippi to the Great Salt Lake Valley, inhabited mostly by early members of The Church of Jesus Christ of Latter-day Saints. The only church member in the group had joined as a 13-year-old slave more than 20 years earlier.

That's how Edward "Ned" Leggroan, his wife Susan Gray Reed Leggroan, their three sons, along with Ned's sister Amanda and her husband, Samuel Davidson Chambers (the lone convert), came to Utah Territory in 1870. 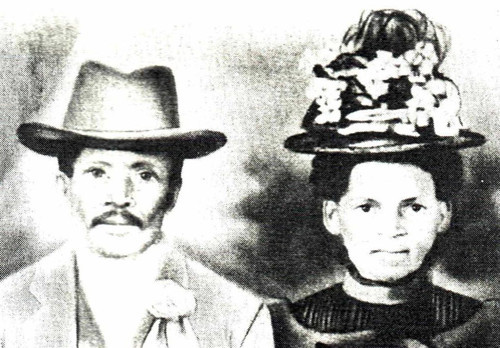 Ned and Susan Leggroan were early black members of The Church of Jesus Christ of Latter-day Saints. Image provided by Judith Lawrence Williams.

They seem to have made the long journey mostly on faith and hope for a better life, according to historian Tonya S. Reiter.

The pioneer accounts of Ned and Susan Leggroan are among more than 65 life sketches of early black Latter-day Saints documented in the Century of Black Mormons database. W. Paul Reeve, the Simmons Professor of Mormon Studies in the history department of the University of Utah, founded the project.

Reiter found the Leggroans several years ago when she became interested in family history research. She discovered she had a maternal great-grandmother with black ancestry. To learn more, she studied black history in Utah and began reaching out to descendants of pioneers still living in the area.

"In the process I became really interested in their stories," Reiter said. "That's how I found the Leggroans, who were connected to the Chambers."

The Leggroans' story begins with Samuel Chambers, who joined the church as a young slave in Mississippi. After emancipation, Chambers was determined to go west and managed to earn the money to take his wife to the Great Salt Lake Valley. The Chambers invited the Leggroans to join them and they accepted, Reiter said.

According to his biography, Ned Leggroan was born into slavery about 1840. Mississippi farmer David G. Lagrone also owned his parents and siblings. Estate records list Ned's value at $1,200, which means he was a strong and healthy worker, Reiter said. 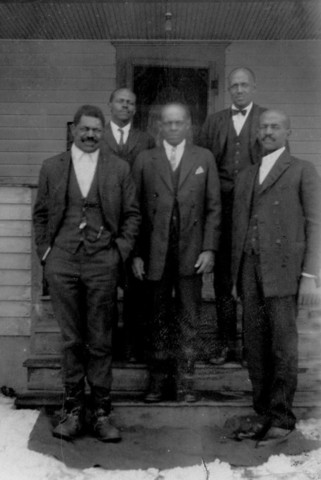 After his first wife died, likely in childbirth, Ned married Susan, who was also born into slavery. Her family believes she was the daughter of her master. She also had a previous marriage but it appears her husband died, Reiter said.

Although they weren't members of the church, the Leggroans decided to go with the Chambers to Utah as Amanda Chambers was Ned's sister. They came at least part of the way by oxen, Reiter said, and are listed as living in Utah Territory in the 1870 census.

The Leggroans were baptized into the church in 1873. News of their conversion was reported in The Elevator, an African American newspaper published in San Francisco. 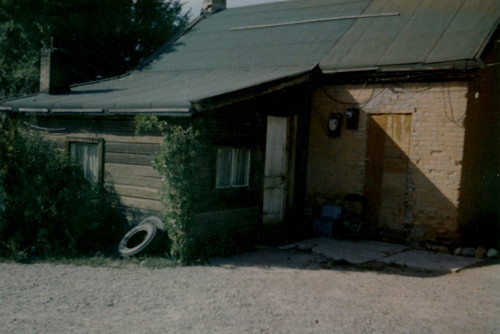 "A correspondent in Utah wrote about them joining the church," Reiter said. "We still haven't found a church record, but they are listed in ward records."

Another notable event in their lives transpired in 1875 when the Leggroans joined several other black Latter-day Saints, including Jane Manning James, in performing baptisms for the dead in the Endowment House, Reiter said.

"It's not unusual. Black people were pretty much always allowed to do proxy baptisms," she said. "What's unusual is this whole group of black people were the only ones that went that day to do baptisms."

As the years rolled on, the Leggroans moved to the farming communities of Butler and Mill Creek before relocating to southeast Idaho and Idaho Falls in their later years. Records show many of the Leggroan children were baptized into the church. Some of the children married and remained in Utah.

Ned died in 1926 and Susan followed in 1928. They are buried in a small cemetery in Milo, Idaho. An obituary in the Times Register reported the Leggroans "were always held in high regard."

Why did the couple end up in Idaho Falls?

"They just kept moving to more rural, frontier places where they farmed, improved and pioneered," Reiter said. "I don't know what impelled them at all, there are no written records. We don't know why, but they did."

One possible theory is discrimination. It's something that has come up in interviews with descendants, not so much with Ned and Susan, but with their posterity. Today very few of the Leggroan descendants are still active in the church, she said.

"It's a heartbreaking story. Most (descendants) have left the church," Reiter said. "Why is it that we don’t know these people? Why is it they are still not part of the church? They are lost. They tended to move away from the church into churches that were more comfortable for them. Black churches where they had a social and religious world where they can participate in more fully."

Nevertheless, the Leggroan descendants have honored the memories of their Latter-day Saint ancestors, Reiter said.

"One of the things that I found remarkable is how close all the families have stayed," Reiter said. "Even though they’ve joined Baptist or Methodist congregations, they have retained their respect for their Mormon ancestors and heritage. Some have different opinions, but they want to be acknowledged, they want their people acknowledged.

While the majority of early black Latter-day Saints didn't enjoy the full blessings of the temple, the priesthood or hold leadership callings, many, like the Leggroans endured and remained faithful until their deaths. Despite their shortcomings, Reiter hopes those who read about the Leggroans will appreciate their fortitude and dedication.

"The Leggroans seemed to have drifted a little after moving to Idaho," Reiter said. "But you see their faithfulness throughout all these years, even when it was really tough."