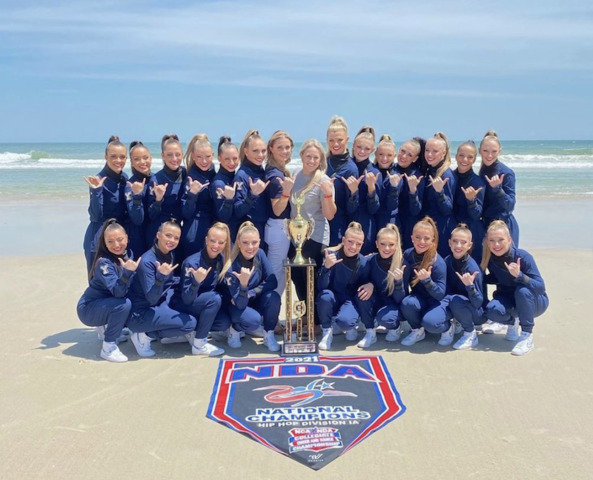 The BYU Cougarettes have topped the charts once again, claiming the Division I-A hip-hop title at the 2021 NDA Collegiate Cheer and Dance Championship on April 10.

It’s the 20th time the team has won a national championship in the 40 years that the National Cheer Association (NCA) and National Dance Alliance (NDA) national events have been held. This year, the Cougarettes are under direction from new co-head coaches Stacy Bills and Morgan St. Pierre. Director and choreographer Jodi Maxfield, who led the Cougarettes for 30 years, retired last April, KSL reported.

This was the 25th anniversary of the event being held in Daytona Beach, Florida. Watch the Cougarettes’ hip-hop routine below.

► You may also like: Watch: BYU’s Cosmo the Cougar performs crazy stunt on campus stairs

The team also placed second in the jazz competition. In 2019, the Cougarettes won the Division IA national jazz and hip-hop competitions at the NDA championship. See the 2019 videos below.