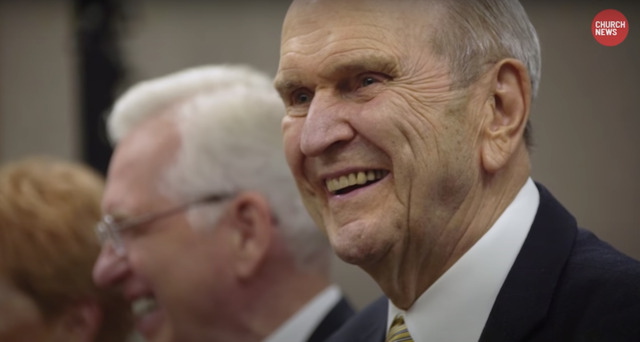 A recent Church News documentary highlights the past two years of President Russell M. Nelson’s ministry since his call as prophet.

“This is a global work, and whenever I am comfortably situated in my home, I’m in the wrong place,” said President Nelson in the video. “I need to be where the people are."

From New Zealand to Italy to Vietnam to Brazil, the prophet has traveled over 115,000 miles since he was called as president of The Church of Jesus Christ of Latter-day Saints in 2018. He has also visited six continents, 32 nations and territories, and 49 cities, the Church News reported.

“If you think the Church has been fully restored, you’re just seeing the beginning,” President Nelson continued. “There is much more to come."

Sister Wendy Nelson also spoke of her husband’s prophetic call in the documentary.

“It is as though he has been unleashed,” she said. “I cannot get him to act his age. In fact, I’m highly suspicious of his birth certificate. He was foreordained to be the prophet of God on the earth today.”

See footage of President Nelson’s ministry, including “his outreach to world government and religious leaders, his focus on the rising generation, and his ministry to the one” in the 20-minute video below.