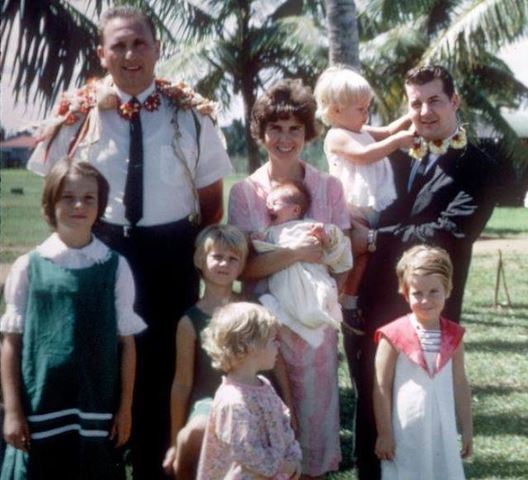 As The Other Side of Heaven 2: Fire of Faith opens in theaters nationwide this weekend, we wanted to share an excerpt from the faith-promoting book on which the film was based. The following account is excerpted from Fire of Faith by John H. Groberg.

The portable radio crackled with excitement as the “Voice of America” announced that American astronauts had successfully circled the moon and were on their way back to earth. It was still dark, a little after 5:00 A.M. in May 1969, in Tonga. My wife and I and our older daughters were huddled around the radio in the central courtyard of our mission home in Nuku’alofa. We listened intently to the voices of the astronauts and the explanations from mission control.

The announcer continued: “In two minutes there will be a brief period of radio blackout as the capsule re-enters the earth’s atmosphere. Upon re-entry, there will be a very distinct light. Unfortunately, this will occur over a stretch of ocean in the South Pacific, near American Samoa, where very few people will be able to see it.”

The voices on the radio went silent. Only static remained. We strained our eyes, looking into the cloudless sky, trying to determine if one star was brighter than the others and might be the astronauts.

Suddenly a brilliant flash of light exploded almost directly overhead. It was not just one point of light but a cluster of colorful flashes. The sparks of color quickly faded as the debris surrounding the capsule burned, leaving one brilliant white band of fire slowly arching across the sky and searing its way towards the sea.

He looked up, saw the streak of light, and remarked, “I hope they don’t scare the fish and ruin my catch.”

I could hardly believe it. He wasn’t impressed at all. I tried again to share my enthusiasm for this great event, but to no avail. He didn’t care. He was concerned about his fishing.

We watched the bright light until the capsule sank below the horizon and into the sea. We listened to the anxious announcer explain about parachutes, markers, helicopters, frogmen, and ships all working in a coordinated effort to pick up the astronauts. “Yes, we have the word. They are safe! They are safe! Oh, what a great day for America’s space program!”

We were relieved to know that everyone was safe. We turned off the radio and started walking home.

I looked once more to where the capsule from the moon had dropped from view. As I did I saw the old Tongan fisherman slowly rowing out to sea.

I thought of the millions of dollars of modern equipment and the years of engineering genius that had gone into that successful moon venture. What a magnificent triumph!

Then I thought of the lone fisherman silently rowing to his fishing grounds. Like his fathers for centuries before him, he was calm. He knew where the fishing would be best—if only the bright new light hadn’t interfered too much.

From where I was standing the faint outline of that lone fishing boat was right in line with the area of the capsule splashdown. Both the astronauts and the fisherman seemed to know exactly where to go and how to get there. I was struck with amazement as I thought of those two separate worlds, which in some ways were so far apart yet this night were so close together. I could relate to each, and I wondered: “Which world am I in? Which world am I more a part of?”

I gazed into the heavens and seemed to feel the answer coming from everywhere: “You are in God’s universe. He always has been and always will be over and under and in and through everything. His light permeates all existence and all people, be they American astronauts or Tongan fishermen. Everyone sees by the light of love, understands by the power of prayer, and moves by the fire of faith. All truth, all light, all power, all existence is in God. Through Him is everything; without Him is nothing. Stay humbly close to Him and you will eventually understand and have access to everything.”

I felt the warmth of eternal love and the tingling of unlimited possibilities. I also felt very small—like an ant contemplating the sand of the Sahara.

I realized that my knowledge, like that of the fisherman and the astronauts, was still very primitive. Knowledge that endures and saves comes only from God and is obtained through humility and faith, accompanied by obedience and hard work.

To me, faith is the assurance that if we believe in and obey God He will answer our prayers, open our vision, give us knowledge, and cause all things to work together for our good. This is the faith I observed among the peoples of the Pacific.

I returned to Tonga with my family from 1966 to 1969 and served as mission president. At that time my world increased to include all the islands of Tonga as well as Fiji and Niue. From 1969 through 1975 I served as a Regional Representative for the South Pacific. In this assignment, my world increased to encompass all the islands previously mentioned plus Samoa, Tahiti, the Cook Islands, the Gilbert Islands, New Caledonia, and the New Hebrides. Then from 1976 to 1978, as a member of the First Quorum of Seventy, I served as area supervisor for the newly created Hawaii-Pacific Islands Area. My world expanded to include all of the Pacific islands commonly known as Polynesia, Melanesia, and Micronesia. . . .

Through them God allowed me to learn many important truths, including the power of love, light, prayer, and faith.

I love God’s children everywhere, and have experienced love and faith among people from all parts of the world. No one group of people has a monopoly on these qualities.

I have learned that despite the sophistry of credentialed men and women and the calculating agendas of boards and committees, the real power and influence that bears sway in this world, and which ultimately causes all good to happen, is the humility, the faith, the prayers, the love—indeed the very lives of the meek, those who truly believe in God and act accordingly. Has not the Lord said, “Blessed are the meek, for they shall inherit the earth”? (3 Nephi 12:5.)

The meek are those who believe in God, obey Him, and, like Job, maintain their integrity even though all worldly things may be taken from them. The meek (or believing) continue to fan the fire of faith within them until it consumes all doubt, illuminates all truth, and enables them to accomplish God’s will. . . .

The people I worked with in all of the islands knew how to tap into the spiritual power of faith, which at times burned so brightly that it caused otherwise impossible things to happen. 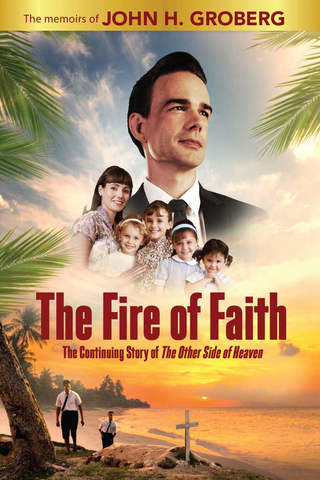