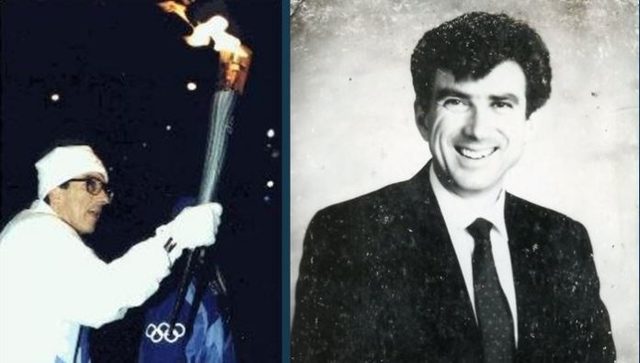 Recently, Latter-day Saint Michael Lorin Taylor passed away in an accident near Provo Canyon. An Olympic Torch Bearer, Taylor inspired many and stood proudly for his faith. Gephardtdaily.com wrote a tribute Taylor, including this powerful story from his mission.

In 1968, Taylor was a former high school track star, serving a Nebraska mission for The Church of Jesus Christ of Latter-day Saints, when a collision with another player during a recreational baseball game sent him on a precautionary visit to the hospital.

“At the hospital, and in a great deal of pain, I spoke to the doctor, then went into a coma,” Taylor said in an interview published in Jan. 1994 in the LDS Church magazine The Ensign.

“I remained in the coma for 40 days. The next thing I remembered was waking up in complete darkness. I could hear the voices of my friends, doctors, and parents whispering that someone was dying.

“Then, horrified, I realized they were talking about me. The neurosurgeon told my mother I had a 15 percent chance of living. Scared by what I heard, I prayed that God would not let me die.”

In The Ensign article, Taylor talked about feeling helpless as his father stood by his bedside.

“Because I couldn’t see, talk, or move, I had no way to let people know that I could hear them. I heard my father say, ‘If you can hear me, blink or move a finger.’ But I couldn’t move even my finger.”

Taylor said he prayed to recover.

“In the dark, unable to communicate with anyone but God, I knew that he was my only chance of survival. So I continued to pray.”

Read the rest of this story at gephardtdaily.com