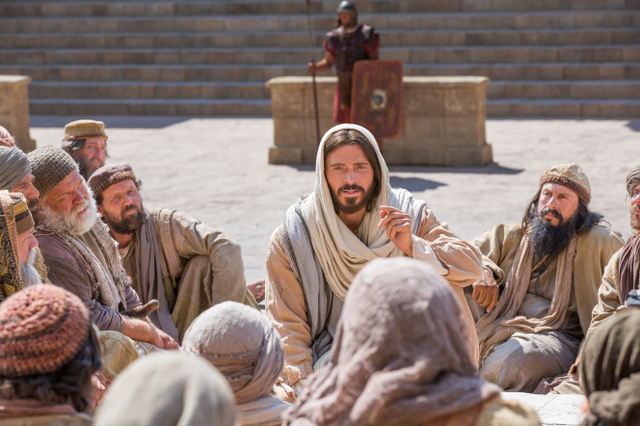 MR says: Have you ever wondered what Sacrament meetings and Sunday School were like for the early followers of Christ?

Little can be gathered from the writings of the New Testament with regard to the exact way in which the meetings of the early Saints were conducted; but from that little it is evident that their meetings were almost counterparts of the worshiping assemblies of the Church  . . . in these days. The members of the church met on the first day of the week, (when persecution did not prevent,) and sang hymns, prayed and listened to the teachings of the elders, just about as we do now; they also administered the sacrament at these meetings. Justin Martyr, who it is believed was baptized by John, the apostle, gives the most direct statement of the way the sacrament meetings were conducted. After referring to the opening services, he says:

“When we conclude our prayer, bread is brought, and wine and water; and the president, in like manner, offers up prayer, and thanksgivings, with all his strength; and the people give their assent by saying amen; and there is a distribution and a partaking by every one of the Eucharistic [Sacrament] elements; and to those who are not present, they are sent by the hands of the deacons; and such as are in prosperous circumstances, and wish to do so, give what they will, each according to his choice; and what is collected is placed in the hands of the president who assists the orphans and widows, and such as through sickness, or any other causes, are in want; and to those who are in bonds, and to strangers from afar, and, in a word, to all who are in need he is a protector.”

There were meetings in which, as in our testimony and fast meetings, liberty was given to the Saints to occupy the time, when the gifts of the spirit – tongues, prophecy, interpretations – were made manifest.