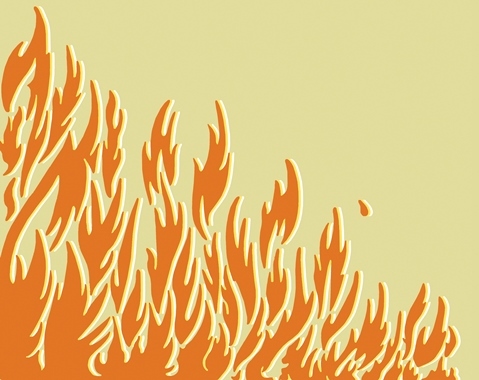 byMark Alan Wright and Kerry Hull, excerpted from “Ethnohistorical Sources and the Death of Abinadi,” as published in "Abinadi: He Came Among Them in Disguise" | Jun. 19, 2018

The death of the prophet Abinadi in the book of Mosiah in the Book of Mormon is only briefly described, but the details carry considerable significance. In this chapter we examine the circumstances and manner of the death of Abinadi. We propose that his death was not simply a result of being “burned at the stake” per se, but rather was a consequence of an extended process of torture over time by continual beatings with lit firebrands.1 We provide a historical basis for precisely this type of killing of prisoners through an examination of ethnohistorical, linguistic, iconographic, and archaeological sources from both North and Central America—two areas in the New World where evidence for this type of ritualized killing is now known. This refined view of Abinadi’s death contributes to a greater appreciation of his act of willing martyrdom, knowing, as he likely did, the nature of physical torture he would have to endure.

Circa 155 BC, King Noah ruled with an iron fist in the city of Nephi, which was the land of the first inheritance of Lehi (cf. Mosiah 10:13–14). Abinadi went among the people of Nephi, calling on them to repent of “their abominations, and their wickedness, and their whoredoms” or suffer God’s “anger” (Mosiah 11:20). Upon hearing of Abinadi’s teachings, Noah immediately passed a death sentence on him, ordering that he be brought before him and killed (Mosiah 11:28).

Abinadi avoided detection for two years until he went back among the people of Nephi at the Lord’s command to continue preaching (Mosiah 12:1). In a prophecy pregnant with irony, the Lord states that the life of King Noah should “be valued even as a garment in a hot furnace”—a not-so-subtle allusion to the means of the king’s final demise (“by fire”) at the hands of his own people, which may also have paralleled Abinadi’s manner of death (v. 3; cf. Mosiah 19:20). Abinadi also ominously warns, “But this much I tell you, what you do with me, after this, shall be as a type and a shadow of things which are to come” (Mosiah 13:10).

Abinadi is cast into prison while the king and the priests hold a council on how to deal with him. He is again brought before the king and questioned by the priests, and then instructs all present (Mosiah 12:19–37). Significantly, Abinadi tells the priests that God will not let him be touched until his message is delivered, and he adds, “God will not suffer that I shall be destroyed at this time” (Mosiah 13:3; emphasis added). Abinadi seems aware that his eventual fate is to meet death at the hands of Noah, but not yet.

After a lengthy discourse on the law of Moses, Abinadi is surrounded by Noah’s guards and returned to prison (Mosiah 17:5). For three days, the priests and Noah debate about what is to be done with him. Finally, they bring him back to Noah’s court and pronounce their judgment upon him: “Abinadi, we have found an accusation against thee, and thou art worthy of death” (Mosiah 17:7). And his crime? “Thou hast said that God himself should come down among the children of men” (Mosiah 17:8). As Welch has noted, it was under the pretext of breaking the law of blasphemy (cf. Mosiah 17:8) that Abinadi was condemned to death.2 Abinadi calmly refused to recount what he had said, even though it would have preserved his own life.

In a chilling moment displaying both bravery3 and resolute surety, Abinadi declares, “I will suffer even until death, and I will not recall my words, and they shall stand as a testimony against you. And if ye slay me ye will shed innocent blood, and this shall also stand as a testimony against you at the last day” (Mosiah 17:10). Noah is clearly affected by Abinadi’s words, particularly his dire warnings directed against them. The wicked king even considers releasing him, but the priests intervene and convince him otherwise (Mosiah 17:10–11); consequently, they “delivered [Abinadi] up that he might be slain” (Mosiah 17:12).

The Book of Mormon then recounts in brevity the death of Abinadi: “And it came to pass that they took him and bound him, and scourged his skin with faggots, yea, even unto death” (Mosiah 17:13). Traditional interpretations of this event focus primarily on the assumption that Abinadi was tied to a stake and burned, much in line with European and early American traditions. Note, however, that no stake4 is mentioned; rather, we are given crucial clues that link Abinadi’s manner of death to far more sinister means of torture and execution widely practiced in Mesoamerica and among North American Native American groups: death by beating with firebrands.

Let us first analyze the three key aspects of his manner of death mentioned in verse 13: (1) he is “bound” with cords, (2) they “scourged his skin with faggots,” and (3) it was “even unto death.” In (1), Abinadi is restrained to facilitate his torture. In (2), the phrase “scourged his skin with faggots” is of considerable importance in accurately identifying the method used to kill Abinadi. As Gardner has earlier noted, the verb “scourge” in Joseph Smith’s day meant “‘to whip severely’ or ‘to punish with severity.’”5 In Noah Webster’s 1828 dictionary of the English language, it means “to whip severely; to lash,” but also “to afflict greatly; to harass, torment or injure.”6 What is clear is that “whipping,” “lashing,” or “tormenting” is a major factor contributing to the trauma that would eventually take Abinadi’s life.7

The object that was used in the beating was a faggot, which in 1828 (spelled as “fagot”) means what it does in English today—“a bundle of sticks, twigs or small branches of trees.”8 According to the text, the whipping of Abinadi with bundles of sticks is, in addition to the element of fire, what contributed to Abinadi’s death. Note again there is no mention of being burned at the stake as the means of death.9

Robert J. Matthews was the first to clearly articulate the idea that Abinadi was killed by the beating of lit torches, not simply by being bound and burned at the stake. He wrote:

We generally say that Abinadi was burned at the stake—and that may be true, although technically it might not be the whole story. . . . This passage [Mosiah 17:3] seems to say that Abinadi’s tormentors took burning torches and poked him with these, burning his skin until he died. . . . In my mind I see Abinadi bound, possibly supported by something, and his fiendish executioners (probably the priests) gathered about him with burning torches (faggots) in their hands, jabbing him and rubbing him with these until they caused him to die. They actively, eagerly, and physically caused his death; they were not merely passive, interested bystanders watching a bonfire. I can imagine them dancing and cavorting about Abinadi, and hear them shouting, exulting, and gloating over what they were doing. And during it all, Abinadi was pronouncing prophecies of God’s vengeance upon them—prophecies that were literally fulfilled. The noise, the din, the stench would be awful! Wickedness and righteousness, life and death, are real, and Abinadi’s martyrdom really did happen.10

Matthews’s highly insightful analysis of Mosiah 17:3 is right on the mark in our view. Note that Mosiah 17:14 states that after the “flames began to scorch him” he pronounced his final warning and prophesies, clearly implying he had sufficient time for the discourse before being killed by the flames. It is likely that this, however, represents only the final moment of what was a much more lengthy process of death. Ethnographic sources from North American indigenous groups in which precisely this type of torture by burning and striking with lit firebrands was commonplace show that this grisly form of mistreatment could go on for hours, days, or even weeks, as we will discuss below.