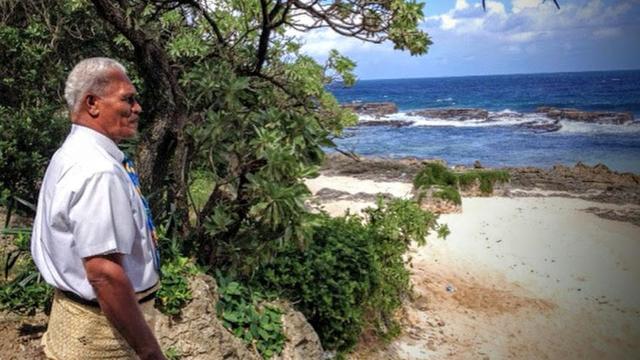 Although he wore a white shirt and missionary name tag by day, 64-year-old senior  missionary Loueni Huni from Tonga wore fins and a snorkel by night. Donning his swimming gear, which included an underwater flashlight and spear, Huni swam beyond the reef to gather fish for the poor.

Huni and his wife, Nunia, served as a native Tongan missionary couple in the Tonga Nuku’alofa Mission with Richard Radmacher and his wife, Linda, from California. Radmacher shared his experience with Mormon Newsroom, describing what it was like knowing and serving alongside Huni. 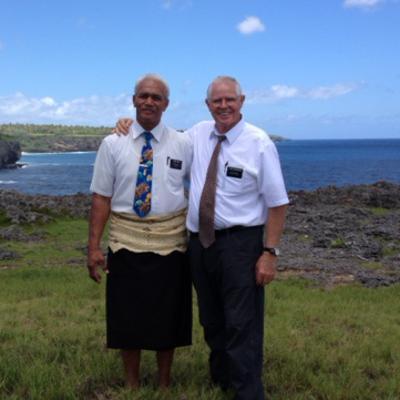 "There isn’t much tourism or industry here in Tonga," Radmacher told Mormon Newsroom. "So it’s hard for people to find work. Probably 10–15 percent of people are so poor that it breaks your heart. . . . But they are a very happy and spiritual people."

With so many members and nonmembers living in handmade homes of scrap material, cloth doors, and outdoor kitchens, Huni knew he could provide something for the poor. When he was young, Huni's father taught him how to fish, so for three or four nights a week, Huni started taking a five-hour swim past the reef to catch fish for the poor.

Huni would swim 5 to 10 miles out into the ocean, beyond the safety of the reef, to search for sleeping fish with his underwater flashlight. Staying parallel to the coastline, Huni fished until he caught 40–50 fish, which he would string on the rope he carried with him.

While other fisherman catch fish to make a living, Huni distributed 90 percent of what he caught to the poor, whether they were Church members or not.

After observing Huni's actions, Radmacher wanted to be a part of the process. When Huni's wife was away visiting family, Radmacher joined Huni one night by driving him to the beach and flashing a light as his signal back to the shore. 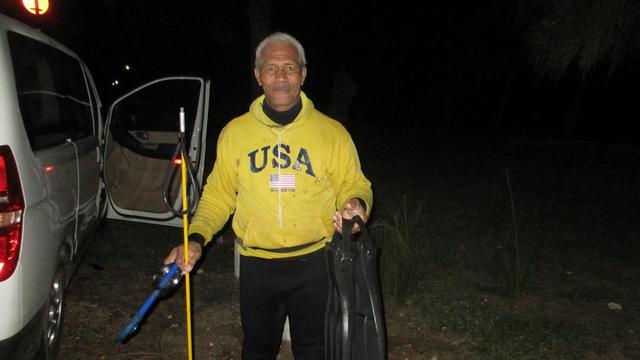 "I was so taken by his actions, I took him to the ocean one night when his wife went to visit family. Even though I’d been with him delivering the fish, I hadn’t actually seen him swim out to sea at night," Radmacher told Mormon Newsroom. "It was a very scary feeling for me to watch him disappear into the black ocean. I drove to the pick-up spot and waited—one of the scariest five hours of my life. And I was safe in my car!

"I was afraid I would be in the wrong place to pick him up, that this would be the one time the sharks would get him, that something would happen and I’d never see him again. I can honestly say I prayed most fervently. I pleaded with Heavenly Father to bring him back safely. All I could think of was: 'He’s too old to be doing this.' 'His wife isn’t even here.' 'Why would anyone really put themselves in danger like this for others?' 'Am I in the right spot to guide him back in safely?'

“It was a physical thing for him, but a mental challenge for me. At about 2:00 a.m.—when I saw him flash his light from a couple of miles out—the relief was almost overwhelming! And, of course, the next day we were out delivering the fish to the needy."

While Huni physically exerted himself to catch fish for the poor and needy, he also faced many dangers in the ocean, including sharks and swimming past the reef, which can be sharp and uneven. Another missionary that knows Huni, David Maughan, told Mormon Newsroom, "[The] waves are powerful and can throw you onto the coral. So as I understand, swimmers and boats use certain paths to go through the coral so they are safe. Not many swimmers ever go beyond the reef. And remember, for Huni this is all done in the dark. Plus he’s 64 years old!” 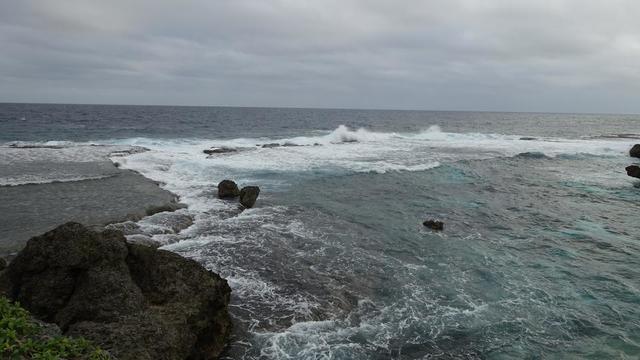 Looking over the reef. Image from Mormon Newsroom.

When Radmacher asked Huni if he was afraid of sharks, Huni responded, "Oh, God protects me. The sharks come right up next to me, but they are my friends." He's also fearless when it comes to protecting his line of fishes. "I pull the fish in close to my body so that the sharks won’t eat them," he said.

Huni completed his full-time mission for the Church. However, he continues fishing for the poor and needy, saying, "This is my life. This is what I do. I serve God, and He will take care of me." 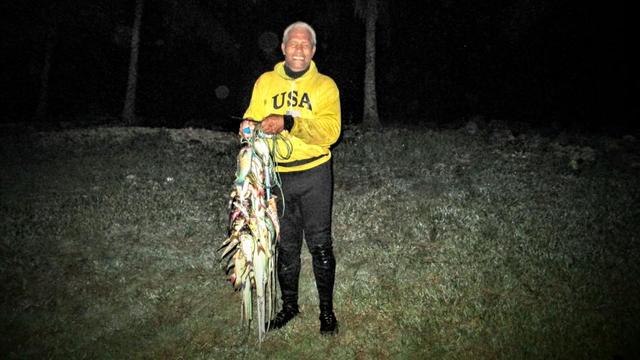 In an email to his family, Radmacher once wrote about Huni, "In all my life, I’ve never really met someone like Huni. He’s very serious. He smiles, but doesn’t laugh much. I’ve worked with him for months now. He’s always worrying about me. He’s always saying, 'I'm sorry to take you to the poor and see you cry. I’m sorry that your eyes are seeing all this.'"

In a more recent email, Radmacher urged his family to serve where they can, however they are able. He wrote, "I just ask you to go do good. If you see somebody in need, help them. Poor families are all around us, and we don't even see them because our lives are so busy. I've spent so much time thinking of myself, what I need, my family needs. But there is joy in helping others and a peace that comes to you when you lose yourself and serve Jesus Christ."