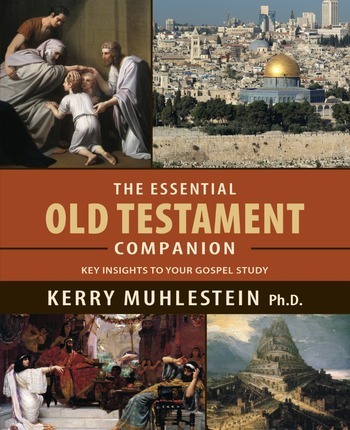 10 Fascinating Facts from the Old Testament

2. From Abraham 3 and facsimile 3 we learn that while Abram was in Egypt he taught the Egyptians astronomy and the gospel.

4. The name manna comes from the Hebrew mah hu, which literally means “what is it?”

6. The account of Moses’s face shining has led to an interesting artistic practice. Because the Hebrew word for shining is close to the word for horns, there has historically been both confusion and intentional playing on words when painters and sculptors have made images of Moses. Thus Moses is often depicted with horns—sometimes out of confusion but sometimes in a playful way as a kind of symbolic code for informing viewers that the person depicted is Moses.

7. Naomi’s closest relative who refuses to redeem them is looked upon with such ill favor that the authors will not even mention his name. Instead, they have Boaz use the ancient Hebrew equivalent of “what’s his name” when he says “such a one” (Ruth 4:1).

8. The baptismal fonts in our temples today, placed on the backs of twelve oxen, are modeled on the one that Solomon built when he made his temple.

9. Esther is the only book of the Bible that does not mention the name of God. This is probably intentional as it helps convey one of the main themes of Esther. It is just one device the author uses in order to highlight that while we may not always see the hand of God, nor understand His plans or timing, He is present and directing affairs to work of the good of His people.

10. The almond tree is the first to flower in Israel, so it becomes a symbol of doing things quickly. This is why the Lord uses it as a symbol of how quickly He will make His prophecies come to pass.

Kerry Muhlestein is a professor at BYU in the Department of Ancient Scripture, specializing in Egyptology. He is also an accomplished author and recently released two books to aid study of the Old Testament in Gospel Doctrine this year: The Essential Old Testament Companion and Return Unto Me, a short book on finding God's love in the Old Testament.