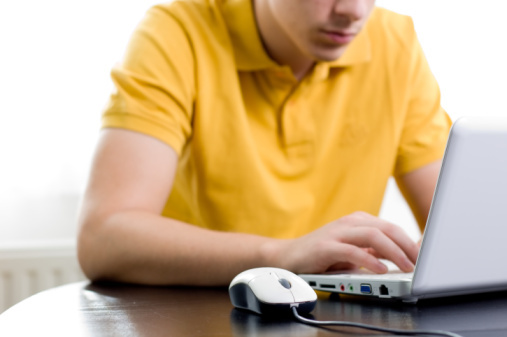 Converted on the Internet before it was cool

My conversion story starts on a precursor to the social media we know today: ICQ (ask your parents what that is, kids!)I was, as many 21-year-old males would do, seeking a female chat companion on this at-the-time-cutting-edge program. I also was watching a BYU football game, because football was on TV and I watch it when it is.

As I was seeking people for chat, I came across someone who was a BYU student. I asked her if she was enjoying the game, and she responded that she was writing a paper (this was unfathomable to me as a football fan, but I respected it). A friendship was struck. At the time, I was a Catholic who attended church every week. I say that not to denigrate my former faith, but to illustrate the upbringing I had in which I was taught Christian principles, combined with the discipline and rigor of Catholic school as well as the reverence and solemnity of Mass. It was a solid foundation that I appreciate more every day.

My new friend one day said, “I have something I want you to read.” It was a link to this conference talk by Elder Richard G. Scott. I felt something about it that led me to read it again and again, and also to browse more of lds.org every day.I started to read the Book of Mormon online, and I told my friend about it. She said I should meet with the missionaries to learn more, so I called the toll-free number and arranged a meeting.