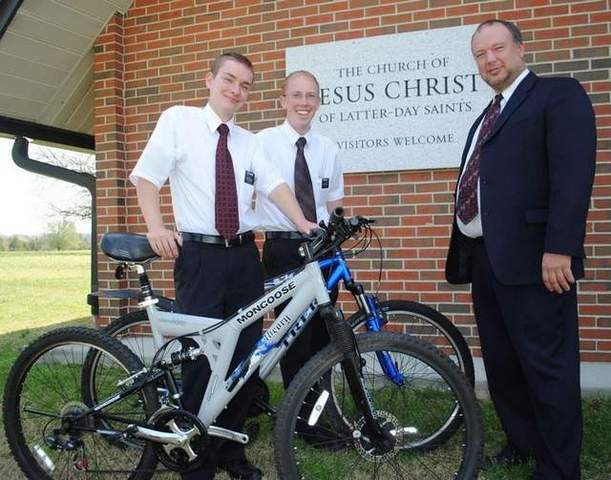 Not quite 200 years old, the Church of Jesus Christ of Latter-day Saints is a relative newcomer to the ranks of organized religion -- a mere infant when compared with many other Christian denominations or with other religions like Judaism, Islam, Buddhism or Hinduism.

Mormons aren't trying to play catch-up with those faiths because their history and numbers aren't there, but if enthusiasm counts for anything, their wheels aren't exactly spinning in place.

Two reasons are Jonathan Harris and Brock Kendall, who have been assigned to scour Alabama to see if they can find prospective adherents.

They are among 150 young Mormon missionaries working in Alabama at the moment. Along with thousands of others through the years, they are involved in what amounts to a rite of passage in the church founded by Joseph Smith.
Read the rest of this story at montgomeryadvertiser.com