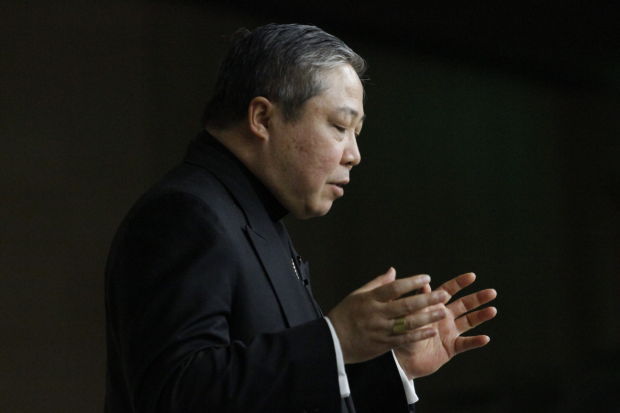 Archbishop to United Nations Speaks on Similarities to Mormonism

[Archbishop Bernardito] Auza spoke of the various persecutions both Catholics and Latter-day Saints have experienced throughout history and even noted that had there been no persecution of the saints he could be speaking from Palmyra, New York; or Kirtland, Ohio; or Far West, Missouri; or Nauvoo, Illinois. All places of persecution for the Mormons.

While Catholics and Mormons have suffered discrimination on behalf of their religious beliefs, neither abandoned the experiment of ordered liberty brought about by the founding fathers and the Constitution. Auza noted that Catholics and Mormons alike allowed God to draw good out of the sufferings endured and made lemonade out of the lemons tossed.

“Rather than wallowing in self-pity and playing the card of a victim, Catholics and Mormons both took advantage of the freedoms and opportunities still available in the United States to build institutions that have endured the passage of time,” Auza said.

“At the same time, Mormon and Catholic citizens, acting on faith, have strengthened and served the United States, making it stronger."

Referring to the commonalities between the two religions, the Archbishop selected four specific areas, family, education, charity, and living and sharing faith publicly.