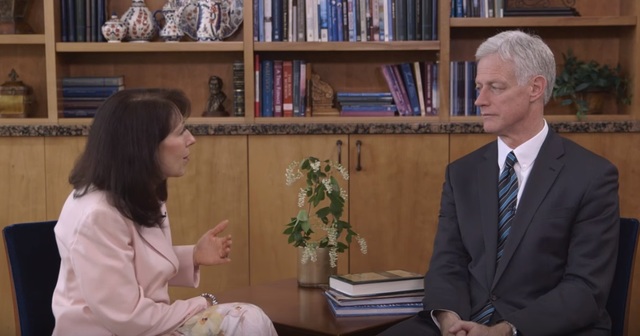 "First and foremost, our primary concern is the safety and well-being of our students. That's particularly true for those who have been the victims of sexual assault. They have been through a traumatic experience. They are vulnerable. They are looking for help. And we ought to provide that. . . .

"We also have something else on campus that helps promote an environment that's safe and contributes to the well-being of our students, and that's the honor code."

President Worthen admitted that there are some circumstances where these two policies can be put at odds with each other, where victims of sexual assault who already feel vulnerable and taken advantage of might be afraid to report the assault for fear of punishments that might come from breaking the honor code. President Worthen admitted that there is that tension and perception at BYU, but the school seeks to minimize that as much as possible and care for the students' safety first.