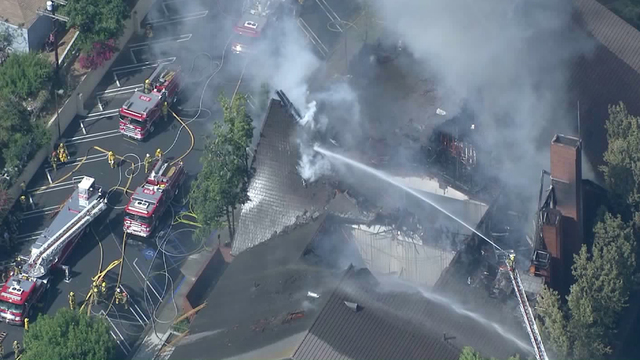 A brush fire next to the 2 Freeway in Glassell Park quickly spread to the attic of a Mormon church on Tuesday afternoon, leading to the collapse of the building’s roof and leaving two L.A. firefighters injured.

Dark smoke billowed out of the church as flames leapt into the air, aerial video from Sky5 showed.

The Church of Jesus Christ of Latter-day Saints at 3845 Fletcher Drive suffered significant interior damage, according to the Los Angeles Fire Department.

Church members arrived at the scene to survey what remained of the house of worship. Some said they were grateful the frame of the building was still standing — and that no one was inside and injured when the blaze erupted.

Read the rest of this story at ktla.com