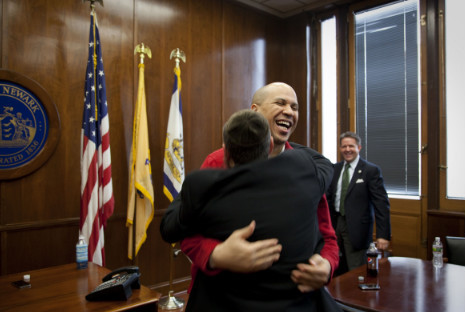 CNN: A rabbi, a Mormon and a black Christian mayor walk into a room...

Mayor Cory Booker waits in his wood-paneled city hall office for his next visitors. His life, even on a Sunday, is tightly scheduled. He checks the time on his cell phone and lets the ribbing of his two friends, who are now late, begin.

“Jewish time is even worse than black time,” he says, “although I should never drag all the Jewish people down with Shmuley.” And then, about the other guy: “I thought Mormons were always 15 minutes early?”

If the friendship between these men – a black Christian mayor, a rabbi running for Congress and a Mormon university president – wasn't so real, this would sound like a bad joke. Instead, it’s a reflection of how three men from profoundly different backgrounds met 20 years ago, connected and changed one another.