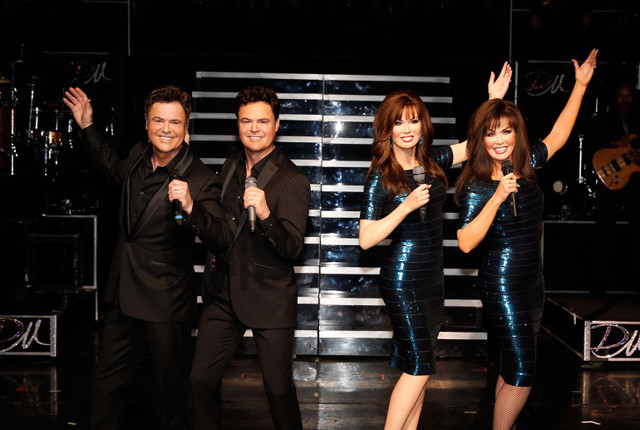 Can You Guess Which Are the Real Donny & Marie?

Last November, Donny and Marie sat for the Madame Tussauds studio team in an extensive process that took over three hours and 300 measurements per person. Then, the team began the meticulous process of sculpting, adding each hair one by one, fitting eyes and teeth, and painting--all steps that are done entirely by hand.

But, the intense work has paid off as the sculptures were revealed in Las Vegas earlier this week. The finished products are so eerily precise, in fact, it's hard to tell which is Donny and which is a dummy. Can you figure it out?

Both Donny and Marie posted about the experience on Facebook:

This picture was taken just before Donny 2.0 made his debut on stage last night. I remember when I made my debut at 5...Posted by Donny Osmond on Wednesday, February 10, 2016

I had way too much fun with myself and I last night @MadameTussauds! Donny's double doesn't have much personality.What would you do if you had an extra you? #selfie #double #mePosted by Marie Osmond on Thursday, February 11, 2016