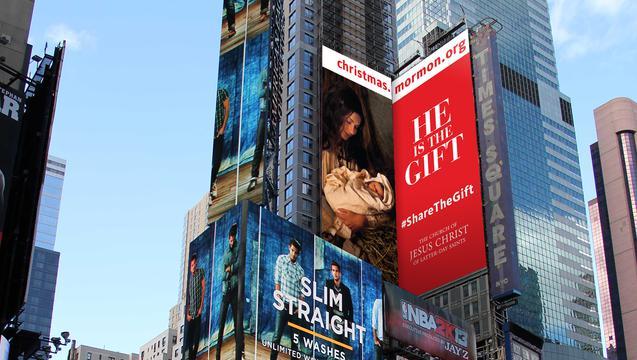 On December 7, the Church’s “He Is the Gift” initiative will be on the masthead of YouTube in seven countries with a potential audience of 207 million viewers. Those countries are the United States, Canada, Mexico, Argentina, Chile, Colombia and Brazil. The masthead will feature a shortened version of the video and an invitation to visit the website.

Missionaries have pass-along cards to promote the initiative during the month of December.

Fifteen Church visitors’ centers in the United States and overseas, including Temple Square, are offering guests “He Is the Gift” displays to enjoy during the Christmas season.