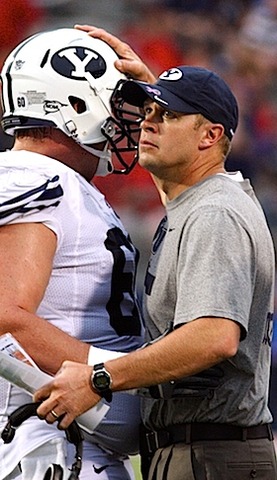 As conference expansion talks have seemingly locked in on Missouri, West Virginia and Louisville, BYU — an early favorite in projections to the Big 12 — has been left out in the cold. According to coach Bronco Mendenhall, the Cougars' faith is a big reason why.

As a Mormon-based institution, BYU has additional rules and stipulations that govern its athletics, among them an inflexible ban on games on Sunday. Faced with potential conflicts and culture clashes, several leagues — the Pac-12, Big 12, Big East — have only taken a cursory look before moving on.
Read the rest of this story at yahoo.com