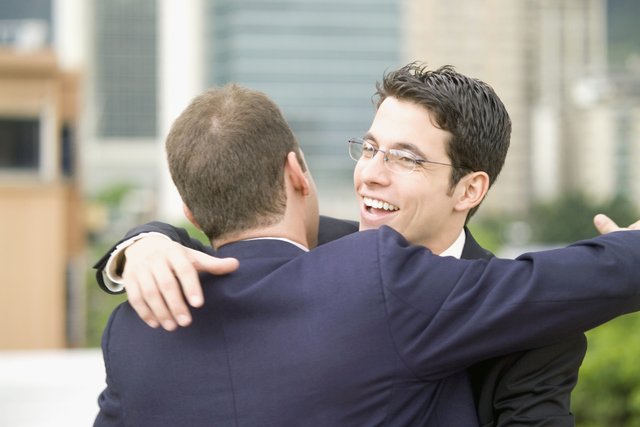 INTRODUCTION: On Sunday, March 18, 1958, my father ordained me a Deacon. I received a letter from him that morning, and I kept it for many years. The paper itself has now disappeared, but the memory lingers. Among other things, somehow it was communicated to me that I would be authorized to act in the name of and in the place of God.

1. ORDER IN THE RESTORATION OF THE PRIESTHOOD AND ITS OFFICES

The church was organized in April of 1830, but it was not restored then. The restoration has been a continuing process spanning the decades since 1830. Joseph and his fellow-workers were called to lay the foundation of the Church:

And also those to whom these commandments were given, might have power to lay the foundation of this church, and to bring it forth out of obscurity and out of darkness, the only true and living church upon the face of the whole earth . . . (D&C 1:30)

Wherefore, be not weary in well doing, for ye are laying the foundation of a great work. And out of small things proceedeth that which is great. (D&C 64:33)

To begin and to continue the process of restoration and construction of the Lord’s Kingdom, the Lord called and empowered men to work in his name for the welfare of Zion. The Aaronic Priesthood was restored in May of 1829, followed in few weeks by the restoration of the Melchizedek Priesthood. The Lord called apostles, elders and priests, teachers and deacons as soon as the Church was organized.

The First Presidency was organized two or three years after the Church was established (D&C 81, 90). Patriarchs were first ordained in December of 1833; the first High Council met in February 1834. The Twelve and the Seventy were called in February 1835.

In our own day, we have seen the rights of the priesthood extended to all worthy church members, and we have seen the establishment of additional Quorums of Seventy as General Authorities and of Area Authority Seventies.

2. THE OATH AND COVENANT OF THE PRIESTHOOD

The recitations of D&C 84 contain the contract between priesthood bearers and the source of all priesthood power. As we labor to bring souls to Christ, we are under covenant to do certain things. If we do those things, we bind the Lord (D&C 82:10) to do certain things as well. We will consider this in two parts according to the messages of the verses in this section:

We enter into a covenant:

- (84:57) to “remember the new covenant, even the Book of Mormon and the former commandments”

Consider briefly each of those things we covenant to do and evaluate yourselves. Are there any areas of this covenant that require attention from You? your husband? Your children? It is clear enough that the Father and the Son will be faithful in their part of this agreement. “Therefore, all those who receive the priesthood, receive this oath and covenant of my Father, which he cannot break, neither can it be moved” (D&C 84:40).

On the other hand, if we break and abandon the covenant we have made in this matter, our eternal prospects will deteriorate. “But whoso breaketh this covenant after he hath received it, and altogether turneth therefrom, shall not have forgiveness of sins in this world nor in the world to come” (D&C 84:41).

But we must not retreat from the covenant for fear of failure. Our help is needed and commanded. To those who fear the office, the Lord said:

And wo unto all those who come not unto this priesthood which ye have received, which I now confirm upon you who are present this day, by mine own voice out of the heavens; and even I have given the heavenly hosts and mine angels charge concerning you. (D&C 84:42)

3. PRINCIPLES FOR USING THE PRIESTHOOD

D&C 121 teaches that having the priesthood and having priesthood power are not the same thing. We are told that “there are many called, but few are chosen.” What prevents many of us from being chosen?

The adversary is delighted when we act like sightseers, meaning those who are hearers rather than doers of the word (see James 1:22), or shoppers, meaning those preoccupied with the vain things of this world that suffocate our spirits. Satan baits us with perishable pleasures and preoccupationsCour bank accounts, our wardrobes, even our waistlinesCfor he knows that where our treasure is, there will our hearts be also (see Matt. 6:21). Unfortunately, it is easy to let the blinding glare of the adversary’s enticements distract us from the light of Christ. (Sheri L. Dew, Ensign, Nov. 1999, p. 97)

Lucifer has turned many men of great potential away from the path leading to priesthood power by focusing their attention on what Sheri Dew called “perishable pleasures and preoccupations.” That focus prevents them from learning the great lesson that “the rights of the priesthood are inseparably connected with the powers of heaven, and that the powers of heaven cannot be controlled nor handled only upon the principles of righteousness” (D&C 121:36).

[A] young man and a friend were up hiking in the lower foothills near Cody, Wyoming. The friend jumped across a high power line that was down, but the young man got tangled in it and was electrocuted. The friend turned and ran all the way back down to where the father lived—and it wasn’t a short distanceCand told the father that his son had been electrocuted and that he was dead. The father, who was not a young man, ran all the way back up, taking about fifteen minutes. When he got up to where the boy was lying across the wires, he somehow removed the boy from the wires with a board or a large branch. Then he picked his son up in his arms and held him, saying, “In the name of Jesus Christ and by the power and authority of the holy Melchizedek Priesthood, I command you to live.” The dead boy opened up his eyes in his father’s arms and was taken to the University of Utah Medical Center, where he recovered. (Vaughn J. Featherstone, “Where Following Him Can Lead Us,” Ensign, Feb. 1981, 8)

The father of this boy could not have done the thing he did if his life was awash in unrighteousness. If he had spent secret hours with pornography on the Internet or with vulgar, violent videos, if immoral thoughts and actions had played constantly or even frequently on the stage of his mind, if he had been abusive to his wife, or children or dishonest in his business dealings, there would have been no power and no healing:

That [the rights of the priesthood] may be conferred upon us, it is true; but when we undertake to cover our sins, or to gratify our pride, our vain ambition, or to exercise control or dominion or compulsion upon the souls of the children of men, in any degree of unrighteousness, behold, the heavens withdraw themselves; the Spirit of the Lord is grieved; and when it is withdrawn, Amen to the priesthood or the authority of that man. Behold, ere he is aware, he is left unto himself, to kick against the pricks, to persecute the saints, and to fight against God. (D&C 121:37-8)

D&C 121:39 warns of unrighteous dominion, which is the effort to coerce desired actions in others by virtue of some real or pretended authority. Unrighteous dominion is an appendage to the natural man; that is to say, “almost all men.” We who possess the greatest power ever given to men on the earth can never use it to force, constrain, impel, or require any desired activity. “No power or influence,” the Lord taught, “can or ought to be maintained by virtue of the priesthood . . .” (D&C 121:41).

We do not have many dictators in our Church organizations. I am convinced that the greatest application of these verses is to be found in the home. It is there that some give wholesale devotion to the practice of unrighteous dominion. I think it is true to say that in an eternal sense, nothing we are forced to do—nothing that we do against our wills—is worth doing at all.

I think of the words of Harry Emerson Fosdick, who declared: “Men will work hard for money, and men will work harder for other men, but men will work hardest of all when they are dedicated to a cause. Until willingness overflows obligation, men fight as conscripts rather than following the flag of duty as patriots. Duty is never worthily performed until it is performed by one who would gladly do more if only he could.” (Thomas S. Monson, “Happy Birthday,” Ensign, Mar. 1995, 59)

There is one more warning about this matter of “reproving betimes with sharpness” (meaning to reprove in the moment it is needed every time the offense is made). We are only permitted to do it when we have a revelation—when moved upon by the Holy Ghost.” I have been the unwilling recipient of a few of these inspired reproofs in my life, when parents or priesthood leaders have offered much-needed correction sharply and tenderly. Whether I wanted such moments or not, I needed them, and they came without fail from disciples of Christ who followed their reproofs with an outpouring of love.

CONCLUSION: “Let thy bowels be full of charity,” we are told in D&C 121:45. In D&C 88:125, the Lord places the wearing of the mantel of charity “above all things.” How well this divine attribute combines with the instruction of these verses! And if we are filled with charity, and our thoughts are garnished with virtue, wonderful things will happen: our confidence will wax strong in the presence of God, the doctrine of the priesthood shall distil upon our souls, and the Holy Ghost shall be our constant companion—just to name a few.