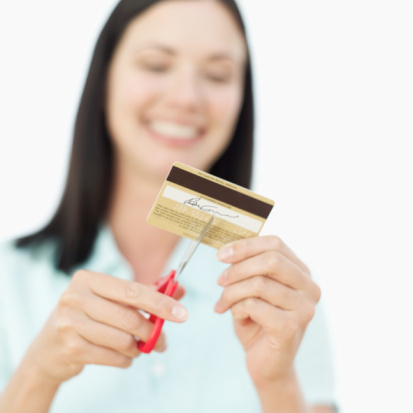 Dave Says: Getting Back on Track

I grew up in a house where my parents always lived below their means. They taught me to live that way, but they never showed me how to make it happen. Now, at 45, I’ve gotten out of debt and fallen back in several times. I’m sick of this, and I want to get control of my money. How do I break this bad cycle?

It’s frustrating, isn’t it? The fact is, you’re pretty normal. But who wants to be normal when normal is broke?

It sounds to me like you’ve had a “Dr. Phil” moment. You’ve taken a look at your situation and asked yourself how your behavior is working for you. You’re also smart enough to know that it’s not working and that you want to make a change. That’s a great place to start!

When it happened to me, there were three pieces to the puzzle that helped me break the cycle. One was disgust. I realized that what I was doing was stupid, I was tired of living that way, and I made a conscious decision that things were going to be different. The second thing was fear. I was scared to death that I’d retire broke. Now, don’t get me wrong. I don’t think you should ever live your life in fear, but a reasonable level of fear can be a great motivator.

The third piece, and I think it’s the most important part because it’s connected to our spiritual walk, was contentment. We live in a culture that is marketed to more than any other at any time in history. When we have this stuff crammed down out throats all day long, rapid-fire, it can affect our level of contentment.

One of the things I did was to stop going places where I was tempted to spend money. If you go wandering through a store or the mall without a specific plan, you’ll lose every time. You wouldn’t give a drunk a drink, right? So, don’t put yourself in a bad situation when it comes to your behavior with money.

When you have to go to the store, make a list of only the things you need, and take enough cash with you to make the purchase. If you can do that—walk in and walk out again without buying a bunch of stuff that wasn’t on your list—it’s a victory.

Spending money on a bunch of stuff you don’t need, and probably don’t really want, isn’t going to bring you contentment. I think that’s the word you need to keep in mind and the thing you should be praying for while you fight this battle. Believe me, it will help!